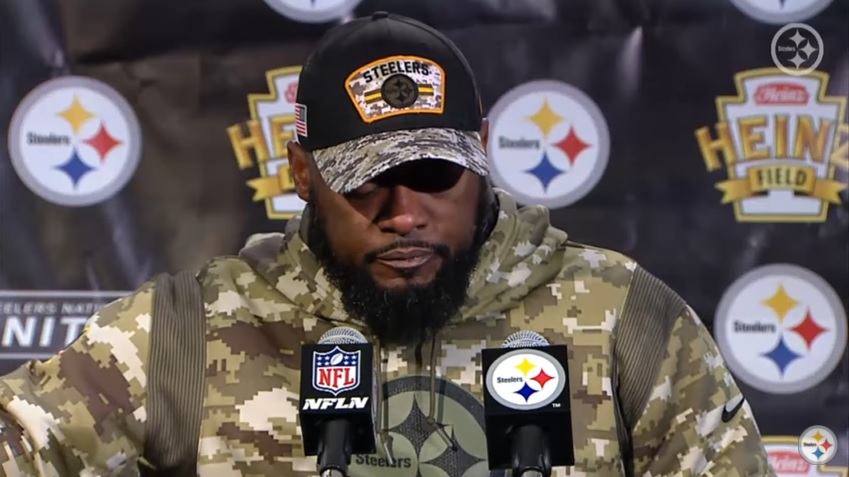 Getting tired of the hate the 2022 Pittsburgh Steelers are getting from the national media? Well let me tell you, it appears like that isn’t going to stop anytime soon.

If you go check out the Steelers’ odds on DraftKings, they are currently listed as underdogs in every game prior to their Week 9 bye expect against the New York Jets in Week 4, where they remain a -3.5-point favorite.

Steelers fans seeing Joe Burrow and the Bengals on the schedule Week 1 pic.twitter.com/9Dp5W7V3k7

Pittsburgh is projected for a win total of seven games by the website after being projected to lose seven of their first eight games of the season, meaning that they would have to win six of their remaining nine games to match their projected win total. If you were hoping for the Pittsburgh Steelers to be legitimate contenders for the Super Bowl this season, DraftKings put the chances of that happening at slim-to-none, ranking Pittsburgh at +9000 odds to win the Super Bowl, ranking them 23rd in the NFL.

There is no doubt that Pittsburgh is in a state of uncertainty heading into the 2022 season. They will be without their long-term starter at QB Ben Roethlisberger for the first time in nearly two decades and have experienced a big overhaul in their front office. They also have had Stephon Tuitt retire this offseason, thus leading to more uncertainty how the defensive line will perform after the unit got gashed last season, finishing a league-worst against the run.

Still, the saying goes that HC Mike Tomlin has never had a losing season since taking the helm in 2007. The team has shown to be a resilient group under Tomlin in previous seasons, overcoming adversity like in 2019 when Ben injured his elbow Week 2 and missed the rest of the season. The team had to rely on Mason Rudolph and Devlin Hodges to lead the offense, and finished 8-8.

Mike Tomlin is excited about the challenge of finishing above .500, telling @peter_king “Bring it on”https://t.co/ywNaGxdVmz

You can also look to last season when Pittsburgh saw a mass exodus of talent during the offseason, which included Bud Dupree, Steven Nelson, Mike Hilton, Vince Williams, Maurkice Pouncey, Ramon Foster, David DeCastro, Alejandro Villanueva, and James Conner, among others. They also lost Tyson Alualu early in the year and played without Tuitt the entire season, but still managed to scrape together a 9-8-1 record.

Expectations for the 2022 Pittsburgh Steelers may need to be conservative to start given the amount of change the organization has seen over the last several months, but frankly, it’s hard to believe that this team will be that much worse than the ones listed above. After the biggest free agent spending spree in the Kevin Colbert era along with adding likely Year One contributors in the 2022 NFL Draft, Pittsburgh looks primed to make things interesting in the AFC North this season pending who wins the starting job at QB. For a team that always seems to be slept on prior to the start of the season, the Pittsburgh Steelers could be in position to outperform the betting odds once again in 2022.