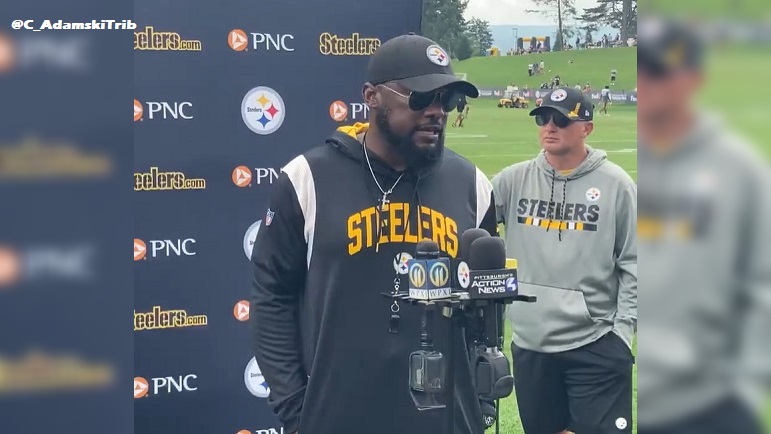 The Pittsburgh Steelers have now wrapped up their twelfth training camp practice of 2022, and after the Tuesday session was completed at Saint Vincent College in Latrobe, head coach Mike Tomlin provided another brief update on the heath of the team.

“Mon [Montravius] Adams went down during practice with an ankle injury,” Tomlin said. “He’s been evaluated. They’re countless guys that are working themselves back to us in a variety of levels of participation and that’s important because it’s good for them and it’s good for us, particularly with what awaits us at the end of the week. Stepping into a stadium is a big component of development and dividing the labor and getting a sense of really where we are.”

As Tomlin said, defensive tackle Montravius Adams (ankle) left the Tuesday practice with a new injury, and now we’ll wait to see what the next few days hold for him. Hopefully it is not serious, but it might be enough to prevent him from playing in the team’s first preseason game of 2022 on Saturday night.

The Steelers next training camp practice is scheduled to take place on Wednesday. Hopefully that session will take place at Saint Vincent College.