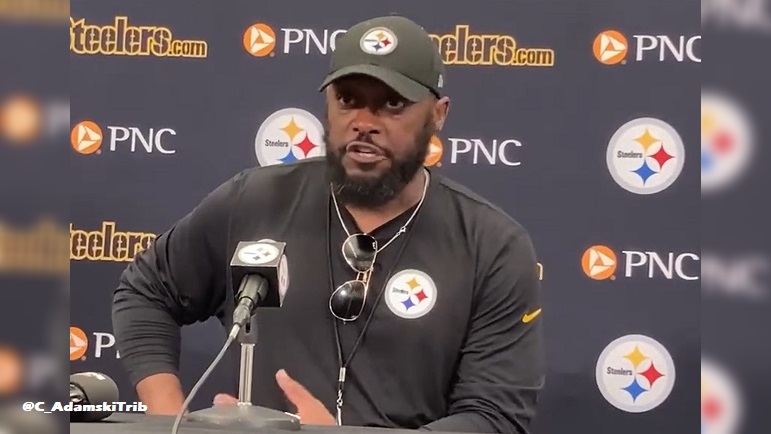 The Pittsburgh Steelers have now wrapped up their eighth training camp practice of 2022 at Saint Vincent College in Latrobe, and after the Thursday session was completed, head coach Mike Tomlin provided another brief update on the heath of the team.

“We’re starting to get some guys back to us. Minkah [Fitzpatrick] was a partial participant today,” Tomlin said. “Cam Sutton is being evaluated; we’ll see what’s up with him. I think he had a lower body injury of some description. I don’t know the level of severity there. We had some heat related illnesses, and it was a good day from that perspective. I always appreciate heat and muggy conditions, I think that aids the team developmental process, and so we’ll take care of those guys, and we’ll continue to go on with this process.”

As reported earlier in the day, cornerback Cameron Sutton (lower body) left practice and while Tomlin called it a lower body injury, a report indicated that it might be a knee injury of some description. Stay tuned. Additionally, running back Mataeo Durant (undisclosed) and tackle Chaz Green (undisclosed) both were unable to finish Thursday’s practice and both leaving might be heat related.

Additionally, defensive tackle Cameron Heyward (rest) and outside linebacker T.J. Watt (rest) were reportedly given practice off to rest and watch on the side. Cornerback Levi Wallace (illness) and safety Minkah Fitzpatrick (wrist) were both limited on Thursday, per Kozora. Fitzpatrick was removed from the NFI list earlier in the day and that’s great news.

The Steelers’ next practice will take place on Friday night under the lights at Latrobe Memorial Stadium.