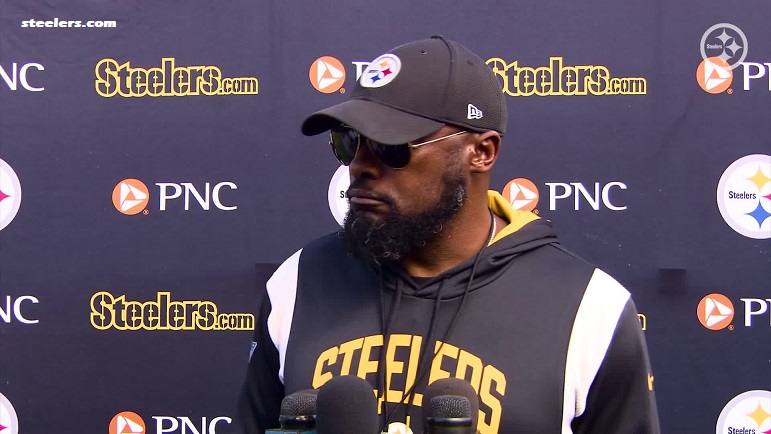 The Pittsburgh Steelers have now wrapped up their 16th training camp practice of 2022, and after the Tuesday session was completed at Saint Vincent College in Latrobe, head coach Mike Tomlin provided a brief heath update of the team.

The new additions on Tuesday are obviously cornerback Arthur Maulet (hamstring) and running back Master Teague III (ankle), and we’ll have to see if both can be ready to play Saturday night in the team’s second preseason game.

The Steelers’ next camp practice is scheduled for Wednesday at Saint Vincent College in Latrobe. The team now has two open training camp practices remaining for 2022.