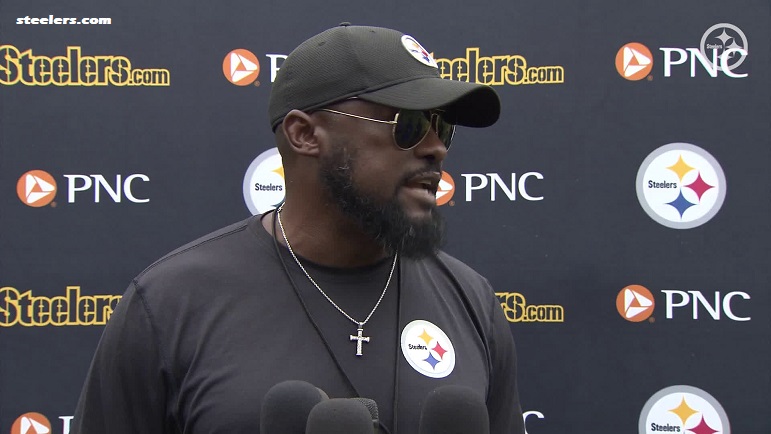 The Pittsburgh Steelers have now wrapped up their 15th training camp practice of 2022, and after the Monday session was completed at Saint Vincent College in Latrobe, head coach Mike Tomlin provided a brief heath update of the team.

“From an injury standpoint, Miles Boykin’s got a rib,” Tomlin said. “That could be described as day-to-day. Karl Joseph’s got a foot that’s being evaluated. It’s probably beyond day-to-day. And nothing new to add other than what I acknowledged after the game or prior to.”

The Steelers’ next camp practice is scheduled for Tuesday at Saint Vincent College in Latrobe.