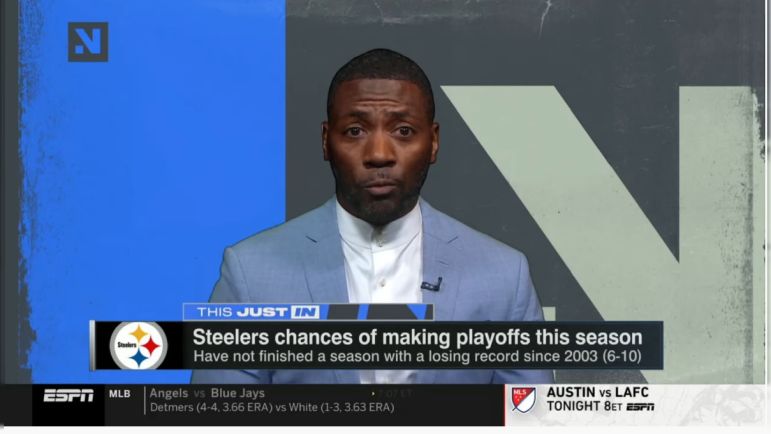 After ranking dead last against run defense, bottom four in run offense, among other fundamental struggles, the injury-riddled Pittsburgh Steelers made the playoffs in 2021 against all odds. In the offseason, the team made a concentrated effort to patch up these holes, and whether this will translate to a playoff spot in a growingly competitive AFC North remains to be seen. The team’s former safety Ryan Clark, who played alongside Hall of Fame safety Troy Polamalu for many years, does not think so.

“Your expectation is for them to compete, but I don’t believe this Pittsburgh Steelers team can win the AFC North,” Clark said when asked if the team will make the playoffs on ESPN’s show This Just In. “I believe the Cincinnati Bengals are a better team. I believe the Baltimore Ravens are a better team. So when you look at where they have to try to fight, they’re going to have to win some games you weren’t expecting them of them. The defense is going to have to be better against the run, and also turn the ball over.”

At face value, it is hard to dispute the narrative Clark is painting. The Cincinnati Bengals are the reigning AFC champions, and the Baltimore Ravens have proven over the years to be no push-over against the Steelers regardless of talent level. Furthermore, the Cleveland Browns have a talented roster, arguably the most talented in the division, and will get All-Pro quarterback Deshaun Watson back late in the season. Not to mention, the Los Angeles Chargers, Denver Broncos, Las Vegas Raiders, Buffalo Bills, and most of the AFC saw significant improvements and are in firm contention for a playoff spot. Based on this alone, it is easy to count the Steelers out.

However, there is a point to be made in the contrary. The 2021 Steelers were among the most injured Steelers teams in many years. The team’s struggles against the run, while indeed blatant, were partly due to a myriad of injuries in the trenches and poor play from the inside linebackers against the run. The Steelers acquired defensive end DeMarvin Leal in the draft, defensive end Larry Ogunjobi as well as linebacker Myles Jack in free agency, and will get back nose tackle Tyson Alualu from injury. This improvement in the trenches cannot be understated, especially in a division with run-heavy teams in the Ravens and Browns. The team also promoted Defensive Back’s Coach Teryl Austin to defensive coordinator, as well as hiring former head coach and well-respected defensive mind Brian Flores to be the Senior Defensive Assistant and Linebackers Coach. These changes are hoped to increase the team’s turnovers, which Clark rightfully noted as imperative. Ultimately, a top tier defense is likely to push any team to the playoffs. However, the other side of the ball is also significant, as Clark goes on to mention.

Clark went on to talk about the team’s offensive struggles in 2021.

“The run game with Najee Harris is going to have to take that next step to become an elite level to help whoever is at quarterback,” Clark continued in justifying picking the Steelers. “To me this team is third in the division and I believe we’ll watch that play out throughout the season.”

Improving the run game to an elite level is easier said than done. The team’s offensive line has left much to be desired thus far. However, it is still early, and it’s natural for the relatively young offensive line room to be getting used to a new offensive line coach with a new philosophy. Offensive lines generally improve with more reps, which is a reasonable expectation for the Steelers current group. Najee Harris is entering his second season, and has embraced his continued workhorse role. All of this relies on the validity of the notion that the Steelers must have an elite run game to make the playoffs. Given the team will have a talented receiver room, this may not necessarily be the case.

All in all, even the best argument for the Steelers making the playoffs is not enough. For this team to prove their worth, they will have to show it on the field starting September 11th in Cincinnati. As Clark mentioned, this team will have to win many games that they are not expected to.