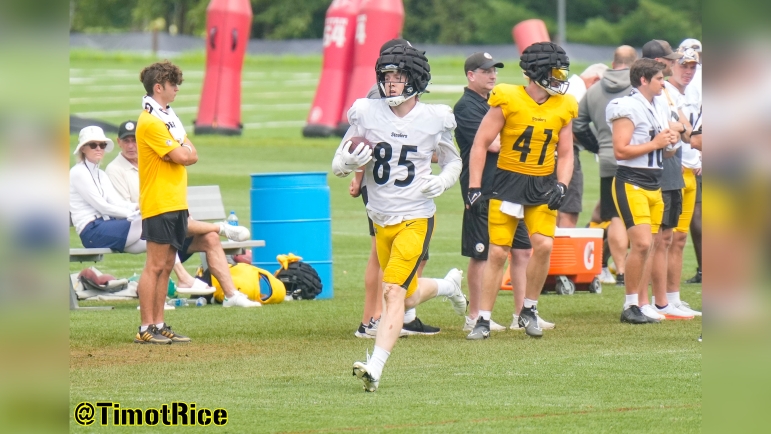 The Pittsburgh Steelers have released TE Jace Sterneberger, according to a tweet sent out by NFL Network’s Tom Pelissero moments ago. They’ve also cut OLB Ron’Dell Carter, according to PFN’s Aaron Wilson.

Sternberger’s release comes as little surprise. A former third-round pick of the Green Bay Packers, he struggled to stick to their roster and tried to revive his career in Pittsburgh. Though an above-average athlete, Sternberger had a quiet preseason and his hands were inconsistent. Here’s how we summed up his summer.

“There wasn’t a ton to get excited about. Sternberger’s blocking was average at best and his hands were suspect, dropping too many that hit him in the hands. It wasn’t always evident in team drills, just one official drop (but arguably one or two more) but it happened in 7v7 and even on-air sessions. He simply didn’t catch the ball cleanly or consistently enough for a supposed receiving tight end. He barely caught more than half his targets (13/24) and his play during games was quiet, though he had a nice special teams tackle against Jacksonville. But Rader is the better option as a blocker and special teamer and Sternberger didn’t do enough to stick around.”

Sternberger will try to land on the practice squad but could lose out to Kevin Rader, the better blocker and special-teamer. Pittsburgh’s top three tight ends will be Pat Freiermuth, Zach Gentry, and Connor Heyward.

Carter was a mid-training camp addition and showed up well in his first practice, the Monday Afternoon Lights practice at Latrobe Memorial Stadium. Though he had size and a quick first step, he never threatened for a spot on the 53-man roster and ran behind Hamilcar Rashed Jr. throughout the preseason. Carter will try to stick on the practice squad.

With CB Linden Stephens informed of his release, the Steelers’ roster now sits at 77 players. They’ll need to trim down to 53 by 4 PM tomorrow.