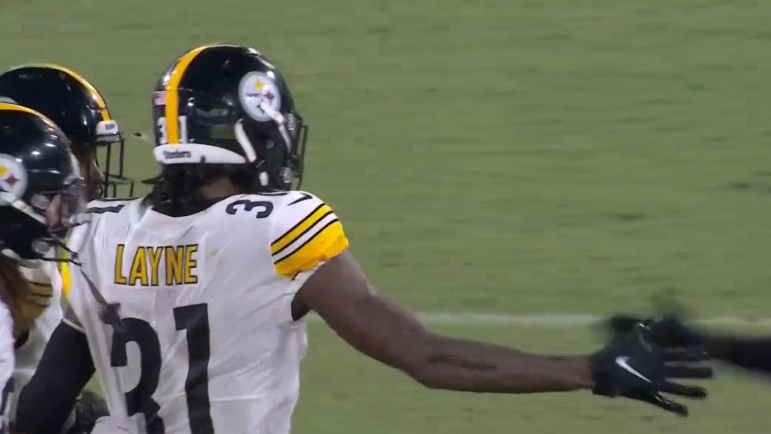 For the second straight year, the New York Giants claimed a recent roster cut of the Pittsburgh Steelers.

Last season, the Giants claimed sixth-round pick Quincy Roche. Now, the Giants have added another defensive piece to the roster from Pittsburgh, claiming fourth-year cornerback Justin Layne, who was waived as part of the roster cutdown to 53 players Tuesday.

It comes as no surprise that Layne was cut by the Steelers after falling behind the likes of UDFAs James Pierre and Chris Steele in recent years in the black and gold.

Now, Layne gets a chance to latch on with the Giants’ defense, which cut ties with former Pro Bowl cornerback James Bradberry in the offseason and have some depth issues at the position.