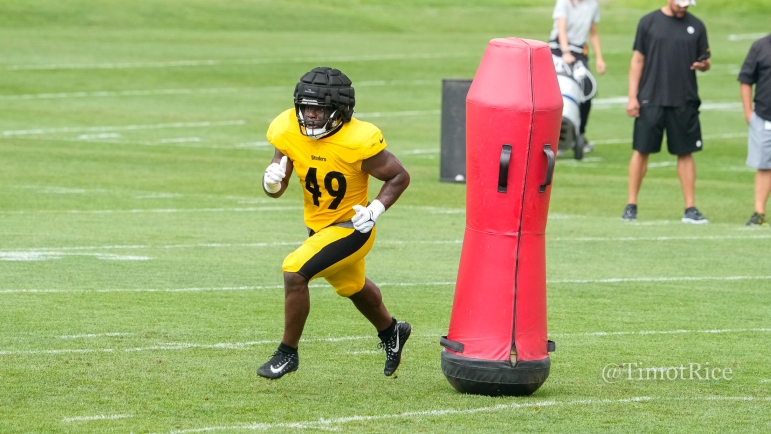 The Pittsburgh Steelers cut outside linebacker Genard Avery on Tuesday and on Wednesday the Memphis product found a new home.

According to Adam Caplan on Twitter, Avery is signing with the Tampa Bay Buccaneers after being released by the Steelers on Tuesday.

Avery’s Tuesday contract termination by the Steelers came as a huge surprise as many had him as the team’s third outside linebacker on the team’s depth chart. After Wednesday’s practice, Steelers head coach Mike Tomlin was asked if the Avery release was reflective of what he’s seeing at the outside linebacker position from the younger players on the roster.

“Nah, it was roster reductions,” Tomlin said. “We make decisions based on what we think positions us to put together the best 53 and we’re appreciative of his efforts, but we made decision to move on.”

Avery was originally selected by the Cleveland Browns in the fifth round of the 2018 NFL Draft. He was traded to the Philadelphia Eagles for a fourth-round pick in the 2021 NFL Draft. To date, he has registered 101 total tackles in 53 games played. He has 7.5 career sacks and 11 tackles resulting in losses. He also has one forced fumble to date.

In 2021 with the Eagles, Avery played in 16 games with 12 starts. He had one sack to go along with 43 total tackles of which four resulted in lost yardage. He also had two quarterback hits last season. Avery logged 98 special teams snaps in the regular season in 2021. He was not credited with any special teams tackles, however.

The Steelers signed Avery to a one-year veteran benefit contract in late March. That deal included a signing bonus of $152,500, which the Steelers will eat in 2022 as dead money.