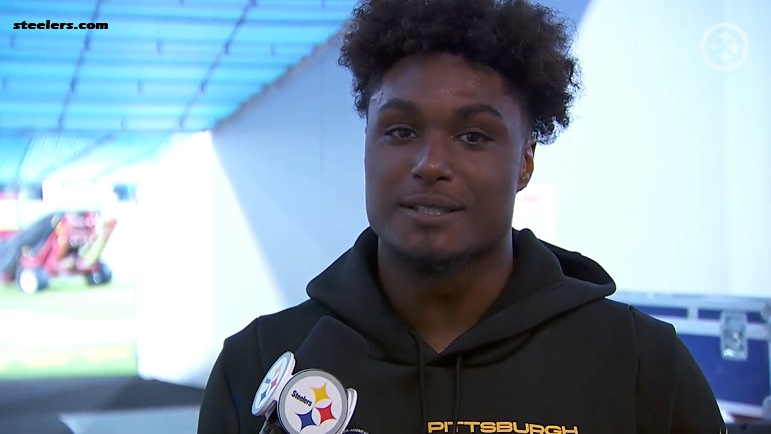 In a postgame interview with Missi Matthews of Steelers.com after Saturday’s preseason win against the Jacksonville Jaguars, inside linebacker Myles Jack talked about his performance, as well as the performance of the defense as a whole.

“There’s always room for improvement. I feel like there’s a handful of plays I definitely want back, and that’s going to be every game, it’s never good enough. But, for the most part we came out, we got the win and I think that’s what’s most important,” Jack said. “A lot of guys are getting reps, so a lot of guys are getting to show what they can do.”

Jack is probably the only Pittsburgh inside linebacker who should be comfortable with his spot on the depth chart. The free agent signing will be the team’s starting inside linebacker alongside either Devin Bush or Robert Spillane, and Jack’s role won’t really be threatened. He performed well against his former Jaguars team last night with four tackles, and he made some nice plays and was all over the field.

As his familiarity and comfort level with the defense increases, Jack’s performances will only get better. Given Pittsburgh’s struggles at inside linebacker last season, I think the signing of Jack was probably their best of the offseason. He showed potential of being one of the top players at his position during times during his tenure in Jacksonville, and he’s had over 100 tackles three out of the last four seasons, including in each of the last two.

Pittsburgh is going to need Jack to be good this year. Throughout the first two preseason games, the run defense has still looked a little bit shaky, and that’s a part of the defense that absolutely has to improve. This team isn’t going anywhere if the run defense is as poor as it was last year, and bringing Jack in is obviously a major step towards making sure that isn’t the case.

I do like that Jack has a “never satisfied” sort of attitude. Admitting that there are always going to be plays he wants to improve on game after game shows me a guy who is always trying to strive for more and to be better. If Jack can build off his performances and improve week-to-week, given where he seems to be at now, Pittsburgh could’ve gotten themselves a free agent steal.