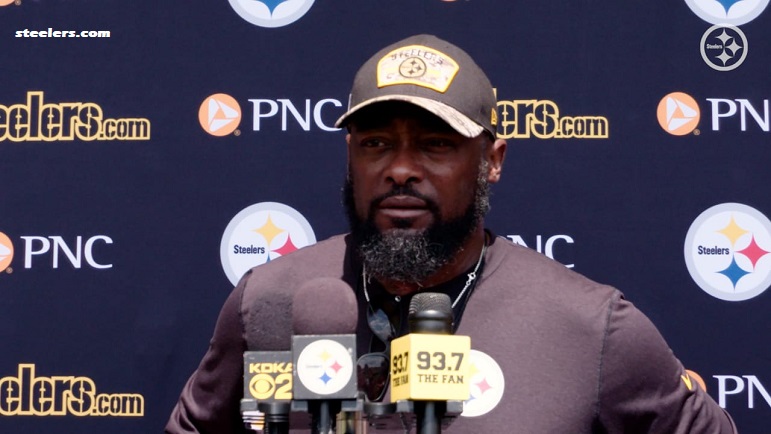 The Pittsburgh Steelers appear set to use their Sunday preseason game against the Detroit Lions as a tune-up game of sorts, and thus we’re likely to see several starters play a sizable number of snaps in that contest on both sides of the football. In the 2021 regular season game against the Lions, the Steelers defense allowed 229 net yards rushing, and because of that, head coach Mike Tomlin was asked on Friday during his press conference if he looks at the Sunday preseason finale as a measuring stick when it comes to that phase of the game.

“Get your cameras ready,” Tomlin said in response to the question. “We’re game planning for football this weekend. So obviously that’s one of the components that’s got our attention.”

Not only did the Steelers defense allow 229 net yards rushing in the game against the Lions last season, three of those 39 total rushing attempts against the unit resulted in explosive gains of 20 yards or longer, with two resulting in touchdowns. If you’re scoring at home, the Steelers’ defense allowed a league-worst 24 explosive play runs of 20 yards or greater in 2021, and the second-worst team, the New York Jets, allowed just 16 such runs.

So far in the Steelers’ first two preseason games, their defense has allowed 256 yards and two touchdowns on 56 total rushes. While the unit has not allowed any explosive play runs in their first two preseason games, the 4.57 yards per carry average against is ranked 29th overall in the NFL in exhibition play. That’s obviously not great no matter which string is on the field.

Sunday against the Lions at Acrisure Stadium, veteran defensive tackle Cameron Heyward figures to make his 2022 preseason debut after being held out of the team’s first two contests. That should hopefully make an enormous difference on the defensive line, especially against the run.

Additionally, Steelers rookie inside linebacker Mark Robinson figures to play early and often against the Lions, and his performance against the run in the team’s first two preseason games has been impressive and a lot better than that of fourth-year inside linebacker Devin Bush, who was battling an ankle injury at the start of this week.

The Lions enter their Sunday night preseason finale against the Steelers having averaged 4.51 yards per rush in their first two exhibition contest, and that’s ranked eighth-best currently. They have several running backs vying for 53-man roster spots, so they’re likely to attempt running early and often against the Steelers’ defense.

In closing, Sunday should be a great measuring stick for the Steelers’ run defense, and as Tomlin stated on Friday, that phase of the game on that side of the football is sure to have his attention.