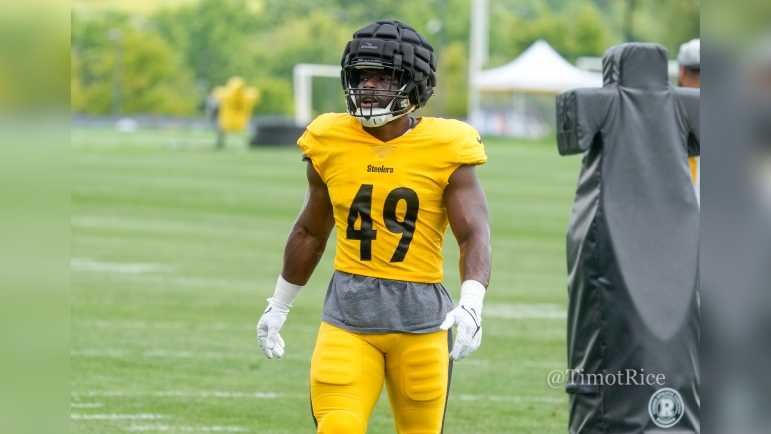 In his press conference after Wednesday’s practice, Mike Tomlin talked about the Steelers’ decision to release outside linebacker Genard Avery.

“It was roster reductions, we make decisions based on what we think positions us to put together the best 53, and we’re appreciative of his efforts, but we made the decision to move on,” Tomlin said via a video posted to the team’s website.

The Avery release still doesn’t make a ton of sense to me, but it’s clear that the team really likes what they’ve seen out of Hamilcar Rashed Jr. or Delontae Scott for that fourth outside linebacker role. I thought Avery was a lock as OLB3, but the team thought differently and the backup outside linebacker position certainly will look a lot different this Sunday than it did against Jacksonville last week.

Avery today signed with the Tampa Bay Buccaneers, closing the door on the possibility Pittsburgh brings him back, as they did last year with some guys they cut during the cutdowns to 53. It seemed unlikely that would be the case with Avery, as they cut him to get down to 80, but it was still a possibility. Unless Avery gets cut by Tampa Bay, his stint in Pittsburgh will have lasted all of two preseason games.

The possibility also still exists that Pittsburgh brings in an outside free agent or someone who gets cut from another team to fill a backup outside linebacker role. Alex Kozora floated Quincy Roche as a possible option this morning, and as someone who was drafted by the Steelers and has looked good in the limited action he’s gotten, he could be a very intriguing name.

The question at that point would be whether the Steelers stick with Tuszka or a guy like Rashed Jr, who they seem to like a lot. A lot of that could hinge on how those guys play against the Lions on Sunday, and whether one of them is able to cement his place on the roster.

There are still a lot of cuts left to make, and Pittsburgh’s roster is going to look a lot different in Week 1 than it does now. I wouldn’t be surprised if the team brings in free agents at both outside linebacker and the offensive line. Pittsburgh has intentions to compete this year, and having quality depth at both of those positions is integral to doing so. It’s going to be an interesting few weeks.