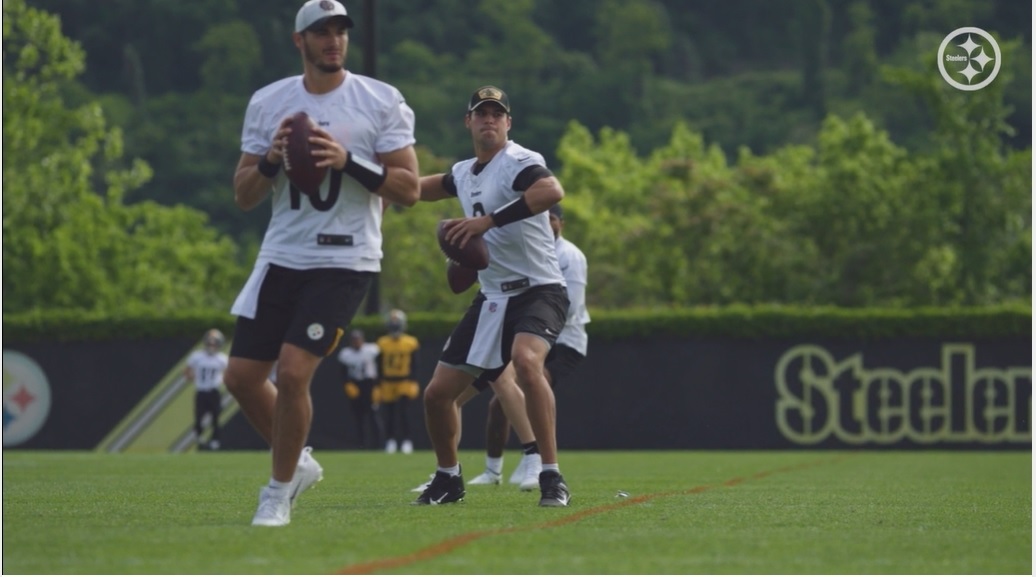 Kurt Warner went on Cameron Heyward’s Not Just Football podcast and talked about what he looks for and what a quarterback needs to do to win a competition.

“I mean the first thing you always say is you have to bring an edge every day in practice,” Warner said. “And then the next thing that I would say is you can’t let one play carry over to the next play. Because the biggest thing when you’re in a competition is you worry about that mistake. Like, oh man, I just threw an interception. If I throw another interception, is the competition gonna be over? Are they gonna give it to the other guy? But you can’t play that way. You gotta come out and go, oh, forget that one. I’m gonna make the next play. And that’s what’s gonna determine whether I get the job or not.”

Warner has been in more than his fair share of quarterback competitions throughout his NFL career, and he’s won a lot of them. He offers an interesting perspective as an analyst who has actually been through the process and can understand what the Steelers’ quarterbacks are going through as the competition enters the third week of training camp.

As things stand right now, Mitch Trubisky appears to be the favorite to start. He’s taken most of the first-team reps, and he has the most experience starting in the league. In terms of limiting mistakes, Mason Rudolph has been the best at it so far, but as Warner said, it’s all about going out and making the next play. It seems as if Trubisky has responded and performed well this week in camp, and to me, it would be a mild surprise if Rudolph or Kenny Pickett were the Week 1 starter.

There’s still a lot of camp and three preseason games left though, and a lot can change from now until September 11 when the Steelers play the Bengals at Paycor Stadium for their Week 1 matchup. Performance-wise, there hasn’t been a clear runaway favorite, and if each guy keeps improving and bringing an edge, the competition could drag on longer than we think.

The nature of the NFL also means that winning the job doesn’t come with great job security. If the Week 1 starter begins to struggle and it’s costing the team games, I don’t think the Steelers will hesitate to make a change. With the team spending a first-round pick on Pickett and essentially making him their quarterback of the future, if they struggle this year there might be more of an urgency to get him live game action and see what he can do.

In an ideal situation though, whoever wins the job will perform well and keep the Steelers in the playoff hunt throughout the year. For now, each guy just has to focus on their day-to-day performance and being the best quarterback they possibly can to try and win the job.