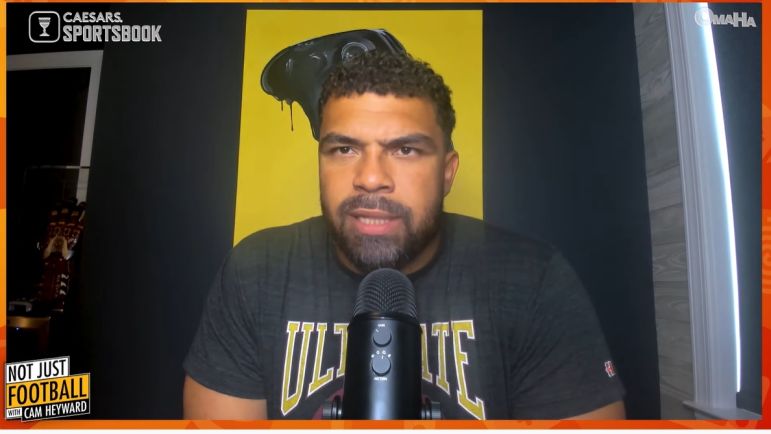 Much has been made all offseason regarding the abysmal run defense that the team put on display throughout the course of last season, when it ranked dead last in the league defending the run. This was put on full display in the two division games against the rival Bengals, who just happen to be the Pittsburgh Steelers’ Week 1 opponent. The Cincinnati Bengals outscored them 65-20 in the two losses, which also featured a 165-yard rushing performance by Bengals Pro Bowl running back Joe Mixon in one game, and another 90 in the other.

Obviously health was a key factor last year, with the losses of Stephon Tuitt and Tyson Alualu up front felt the most. Alualu returns, along with the talented and disruptive addition of Larry Ogunjobi, who the Steelers poached from none other than the Bengals, as well as tackling machine Myles Jack at inside linebacker. Cam Heyward, the team’s All-Pro and defensive captain was asked about the woes of the run defense earlier today on his Not Just Football podcast, and his comments didn’t mince any words about what needs accomplished as the unit looks to put last year in the rearview mirror.

The obvious gas he’s mentioning is the team’s elite pass rush, which led the league in sacks for a fifth consecutive season, led by the efforts of DPOY T.J. Watt and his record-tying 22.5 sacks. However, the Bengals didn’t feel the burn much last season, as the Steelers only collected two sacks in the combined games on standout passer Joe Burrow. The team’s defense was exploited in both departments last year, and with the opener on the horizon, Heyward want to make sure the team learns from some of it’s mistakes in the final preseason game, and use the upcoming week as a bye week, of sorts, to get ready for the defending AFC Champs.

“It’s getting about that time to get rolling, we have the AFC Champions next week. We’re going into their home, in the jungle, but I’m looking forward to it. This is a good test, a great way to get out.”