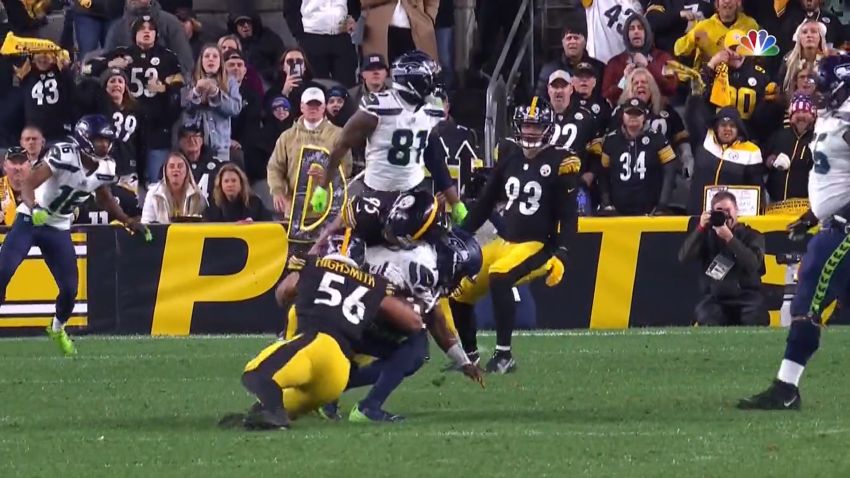 Not that anyone needs an in-depth look into who the Pittsburgh Steelers will be squaring off in Saturday night’s preseason opener against the Seattle Seahawks. But we know which first-string QB the Steelers’ defense will face. Seattle head coach Pete Carroll announced Tuesday veteran Geno Smith will get first-team reps when they come to Heinz Field this weekend.

Multiple reporters have said Drew Lock, traded over as part of the Russell Wilson deal, has played better than Smith this summer. But Smith is the veteran player and better-known to Seattle and appears to be getting the nod. Lock should relieve him later in the game. Like Pittsburgh, Seattle has one of the league’s few open QB competitions.

Smith faced the Steelers’ defense a year ago. In a Pittsburgh overtime victory, Smith went 23/32 for 209 yards, one touchdown, and no interceptions. But he had a crucial overtime fumble that set up the Steelers’ win. Smith, 31, has been with Seattle since 2019 after one being a top pick of the New York Jets. Smith and Lock figure to play a large chunk of the game. The team’s #3 QB is Jacob Eason. Other notable Seahawks’ players to watch for includes first round pick OT Charles Cross, second-year WR Dee Eskridge, and rookie running back Kenneth Walker. Defensively, the Steelers will face former first-round pick Artie Burns, who seems to have found some stability out west, though he recently suffered a groin injury in practice.

Mike Tomlin figures to talk to the media Wednesday and provide a general outline of the Steelers’ depth chart. Mitch Trubisky is the presumed starter with Mason Rudolph and Kenny Pickett expected to play, though it’s unclear in which order. Based on how they’ve run at camp, Rudolph is the most likely #2 quarterback for the game. Rookie Chris Oladokun has yet to take a single snap in camp, 7v7 or in team sessions, and figures to sit this game out.

Kickoff for the Steelers’ opener is set for 7 PM/EST.