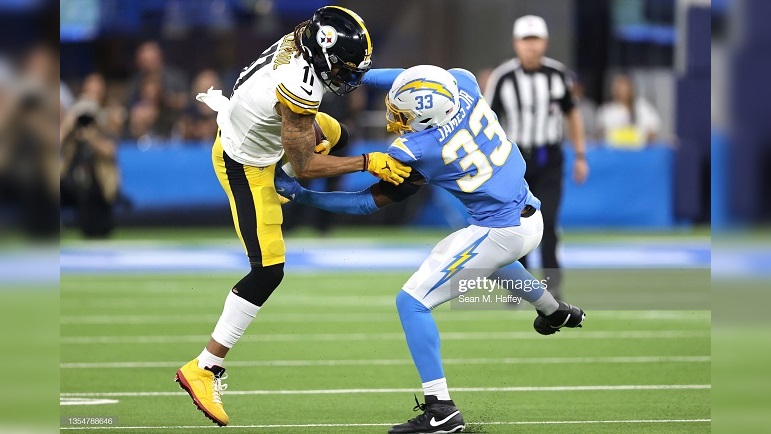 Before training camp got underway, the Pittsburgh Steelers made safety Minkah Fitzpatrick the highest paid player in the NFL at his position. That reign, however, came to an end on Wednesday as the Los Angeles Chargers and their safety Derwin James have agreed to terms on a four-year, $76.4 million contract extension, a source told ESPN’s Adam Schefter.

According to multiple reports, James’ new deal has an average annual value of $19.13 million and thus now resets the safety market, making the Florida State product and former first round draft pick the highest-paid safety in NFL history.

According to Ian Rapoport of the NFL Network, James’ deal includes a record-breaking $42 million in guaranteed money, with $29 million due to him in the first year of his deal.

If you are scoring at home, the deal that Fitzpatrick just recently signed included a new money average of $18.247 million. Additionally, the $72.98 million contract extension signed by Fitzpatrick includes $36 million in guarantees and included in that was a $17.5 million signing bonus.

With James and Fitzpatrick now signed to new deals, it will be interesting to see what happens with Cincinnati Bengals safety Jessie Bates, who remains a training camp holdout after failing to get a new deal signed by the middle of July, the deadline for franchise tagged players to sign an extension. Bates has yet to sign his $12.911 franchise tag and thus isn’t subject to the CBA-mandated fine of $50,000 for each day of training camp missed.

Khan has been quite busy this summer as not only did he get Fitzpatrick signed to a new deal before training camp got underway, but he has also since completed new deals with kicker Chris Boswell and wide receiver Diontae Johnson after the team reported to Saint Vincent College in Latrobe. In essence, Khan getting Fitzpatrick done when he did, saved the Steelers a little bit of money and he should be commended for that.