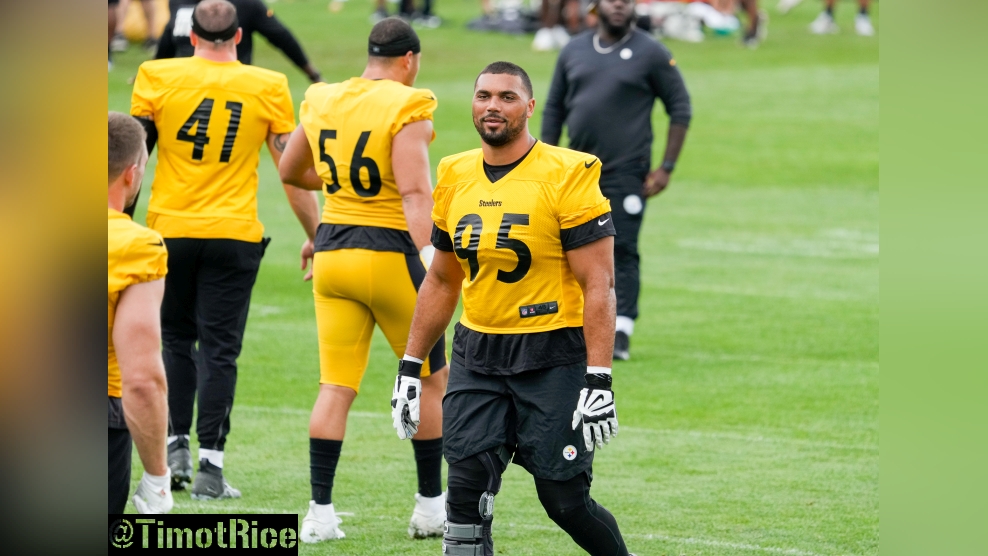 To send a player to a division rival, there clearly isn’t a lot of respect for that player. Wormley went on The Cook and Joe Show on 93.7 The Fan and talked about the disrespect he felt from the Ravens and getting fired up to play them.

“It hurts a little bit when you get traded, especially when you get traded in division, they’re kind of like, we’re gonna see this guy twice a year, but it doesn’t even matter because who is this guy? So that’s kind of how I took it. And that’s how Coach Tomlin kind of fires me up, especially those two games we play each year against the Ravens, walking through stretch lines or before a period, ‘hey Worm, you know, they traded you, they gave you up.’”

Wormley had his best game of the season last year in Week 12 against Baltimore, finishing with five tackles and 2.5 sacks in a 20-19 win. While Wormley got off to a slow start his first year in Pittsburgh, he was given an opportunity last year due to injuries and showed that he can really be valuable depth for this Steelers team, and he finished with seven sacks on the year along with 51 tackles.

I’m sure it makes Steelers’ brass just as happy as it makes Wormley that they have an opportunity twice a year to show them the mistake they made in giving him up. With the two teams being bitter rivals, each side wants any chance they can to stick it to the other. Wormley probably isn’t ever going to be a Pro Bowl-caliber player, but he can rush the passer and is a really quality backup who can be a capable starter when he needs to be. It’s a trade Pittsburgh clearly won, and the fact it was with their rivals makes it even sweeter for both player and team.

As far as a motivation tactic, Tomlin clearly knows what he’s doing given the results Wormley had against Baltimore. Besides the first 2.5-sack game, he also picked up seven tackles and a sack in the Week 17 win against the Ravens. 12 tackles and 3.5 sacks against a former team is a great way to show they made a mistake, and I’m sure Wormley is looking forward to prove it again in the coming years.