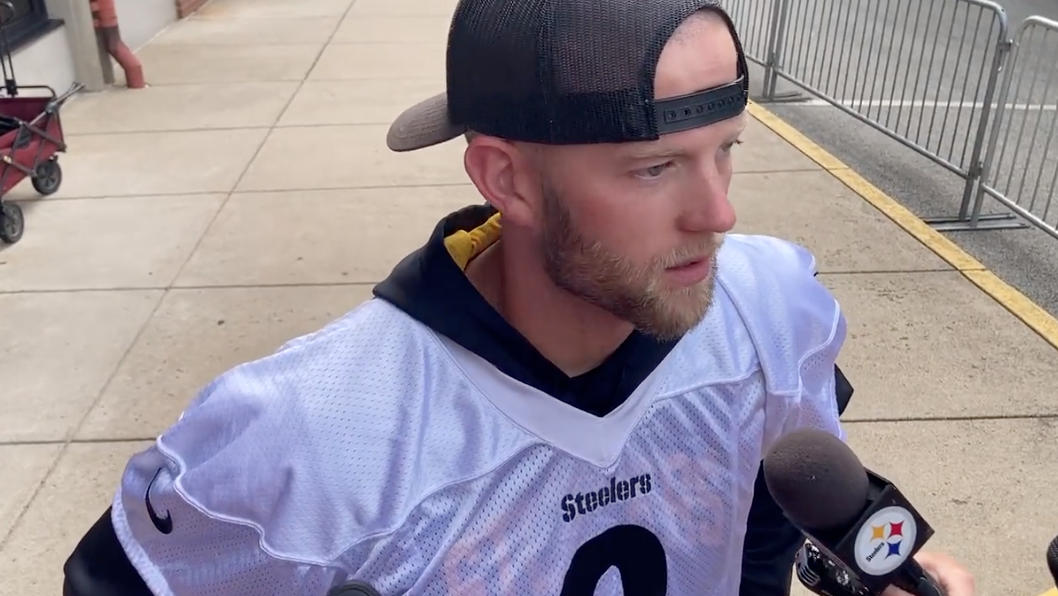 Prior to practice getting underway Tuesday afternoon at Saint Vincent College, K Chris Boswell made himself available to the media and answered a few questions. As expected, most of the questions posed to Boswell involved his new contract extension that was announced the day before, of which Boswell expressed his gratitude to have that process behind him.

Chris Boswell on his contract extension: "It feels really good. I'm glad we got it done." pic.twitter.com/vf3yVcFmcJ

“It feels really good,” Boswell said regarding his contract extension with the Steelers on video via Steelers Live’s Twitter page. “I’m glad we got it done, and we’re still early into camp so there’s plenty of time to get back to work. We have a lot more to do.”

It was widely speculated that Boswell and the Steelers would get a deal done early in training camp, with many speculating that a deal could have been agreed upon shortly after the team reported to Latrobe. It ended up taking a little longer than that, but Boswell got the deal he rightfully deserved for his performance the last several seasons, and appears ready to prove that he is more than deserving of the financial commitment from the team.

On his reaction after getting the call that he was getting the extension, Boswell expressed his gratitude to have gotten the contract he deserves, but understands that just because he has now tied Justin Tucker as the highest-paid kicker in NFL history, he knows his job is one that is highly volatile.

“It was good,” Boswell answered. “I mean, that’s really all I can say. It feels good, but I mean, the way I look at it, that’s a contract earned in the past and now I got to earn the next one. I just got signed but I still have to come out here and perform. Every day I come out here and kick. Every game I am competing for my job. If I don’t do my job, they will find somebody else to do it.”

The NFL is also often referred by the acronym: Not. For. Long. Boswell understands this all too well, having his head called for by many Steelers fans back in 2018 when he dealt with a down year coming off a Pro Bowl season the year prior. The Steelers stuck by Boswell which proved to be a wise move, as “The Boz” would go on to become one of the best kickers in the league over the last several seasons, connecting on 36-of-40 field goals for the Steelers in 2021, including an impressive 8-of-9 from 50+ yards, including a long of 56 yards against the Raiders.

Boswell was able to enjoy the moment and get rewarded for his performance to date, but now has his sights set on the next deal on the horizon, not taking his contract extension as a sign he is a lock for the team regardless of his performance.

The NFL is a results-driven league, meaning if you don’t produce, there’s a good chance a team will cut you loose to find someone who can. Boswell knows this and said just as much, knowing he has a job to do and must be ready when the team calls his number. Given his cool, calm demeanor, we likely can expect much of the same out of Boswell this season.

Chris Boswell is pumped to be around 5 more seasons. Credits help of teammates. #Steelers #NFL pic.twitter.com/3nwcw7xuUl