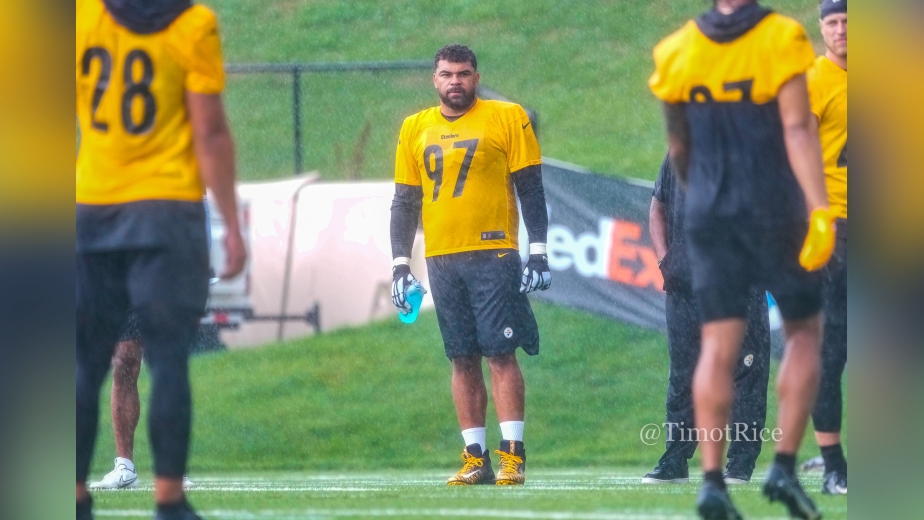 Cam Heyward (ankle) said he was back at practice

Elsewhere, LB Devin Bush missed with an ankle injury while OT Joe Haeg is in concussion protocol, according to the Trib’s Joe Rutter.

It’s unclear if Heyward was a full or limited participant. Either way, it’s a great sign that Heyward is healthy and avoided serious injury. His ankle got rolled up on during the third play of seven shots during the last camp practice, and Heyward appeared to be in serious pain for a few seconds. But he walked off under his own power and returned to the sidelines by the end of practice, indicating he avoided serious injury. Heyward did not play in the team’s tune-up game against Jacksonville but he should be 100% for the team’s Week 1 opener against the Cincinnati Bengals.

Heyward is a cornerstone of the Steelers’ defense, a unit looking to play much better against the run than they did a season ago. They were the NFL’s worst-ranked run defense in 2021, posting franchise historically bad numbers. Heyward is poised to continue his dominance as one of the game’s top interior lineman, finishing last year with 89 tackles and ten sacks.

Bush is fighting to keep his place in the starting lineup and has been challenged by Robert Spillane all summer. Haeg was curiously absent from Saturday’s game against the Jaguars. Being in concussion protocol now explains his absence. Trent Scott and John Leglue worked as the team’s backup tackles to finish out the Week 2 victory. Pittsburgh signed OT Adrian Ealy Monday, and Haeg’s injury may have played a factor in that decision.