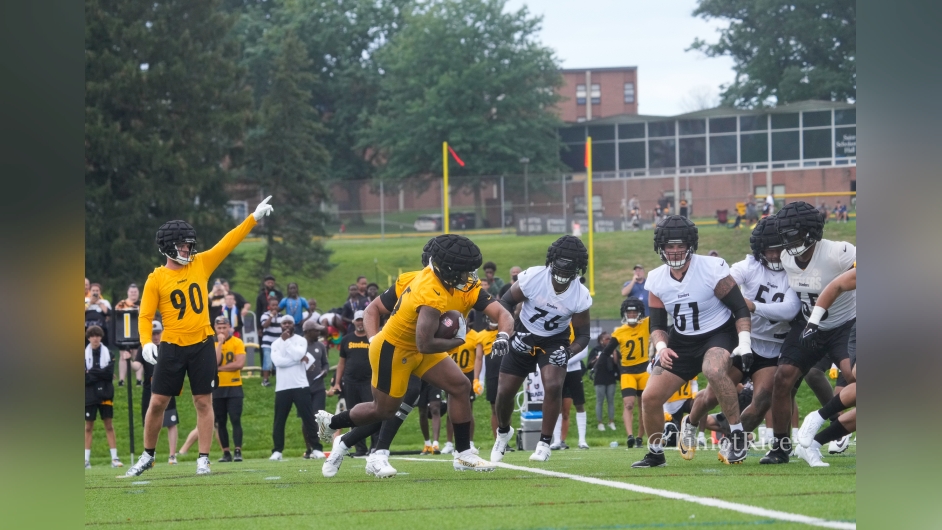 Question: Who are you most looking forward to seeing in pads?

The Steelers will put the pads on today for the first time since the end of last season. Now, it won’t quite be the same as a game inside of a stadium, of course, but Mike Tomlin’s padded practices are as physical as any team’s in the league, conducting full-contact, tackling scrimmage sessions, so we are now comfortably entering the ‘football’ portion of the offseason.

It’s certainly an exciting day for fans to be in attendance, with the first padded practice typically featuring the ever-popular backs-on-backers drill, and padded ‘seven shots’ scrimmages always have the threat of fun as well.

But going from shirts and helmets to full pads is a big transition, and different players—as well as positions—translate to that differently. So the question is, who are you most looking forward to seeing in pads, as the next step in the evaluation process?

For me, if there is anybody that I’m looking at most, it might very well be Dan Moore Jr., the Steelers’ second-year left tackle. If he can make a sizeable jump from his rookie season, that would go a long way toward solidifying this offensive line.

Taking it from another angle, I’d also like to see if Calvin Austin III’s speed and elusiveness can translate with pads. The small rookie wide receiver has impressed with his ability to move around on the field, but doing so with pads on, at his size, with increased defensive contact, is an important next step in evaluating his game.

So those are a couple of mine. Who are yours?