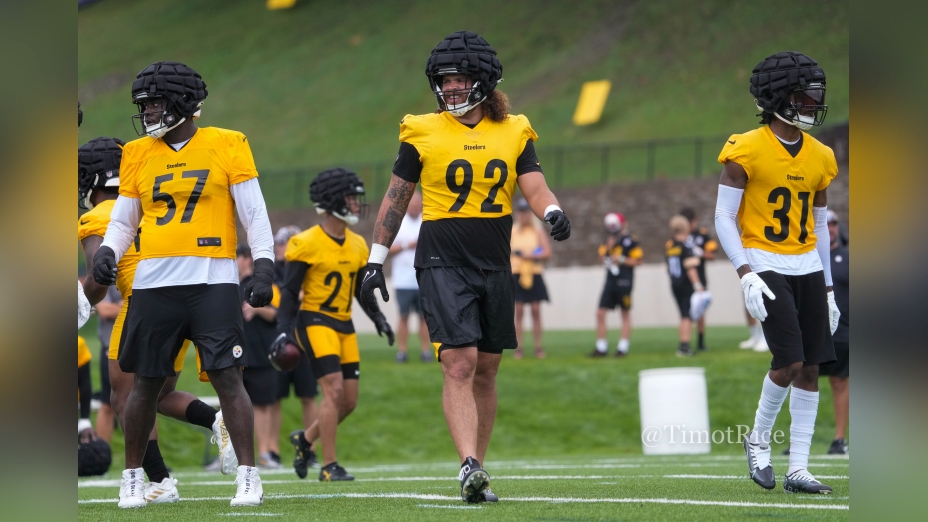 Question: Which veteran defensive lineman deemed ‘inside the bubble’ is most at risk of losing his roster spot?

If there is one area of the Steelers’ roster that is genuinely competitive in a productive manner right now, it is the defensive line. They have up to nine or 10 players battling it out there right now who could make a reasonable argument for the 53-man roster—all of whom, sans the rookie, have been on rosters before.

Cameron Heyward, Tyson Alualu, and Larry Ogunjobi are your stone-cold locks to make the team as veterans. There’s basically nothing that can happen, barring criminal activity, that would result in them getting cut or traded. Rookie third-round pick DeMarvin Leal, if there was any doubt due to his pedigree, has already played well enough to merit a year on the roster to develop, at worst.

That’s four spots, and, at most, there are three remaining. Conventional wisdom has those spots going to Chris Wormley, Montravius Adams, and Isaiahh Loudermilk, but twins Carlos and Khalil Davis aren’t making it so easy. With their versatility, they could also be a three to either inside or outside linemen.

Wormley is probably the safest of those three, though stranger things have happened. But between him, Adams, and Loudermilk, who do you believe is most in danger of potentially missing the cut? Even if we assume that neither Davis brother makes it, one of those three could be cut if the team decides to only carry six linemen, as is what they do very nearly every single year.