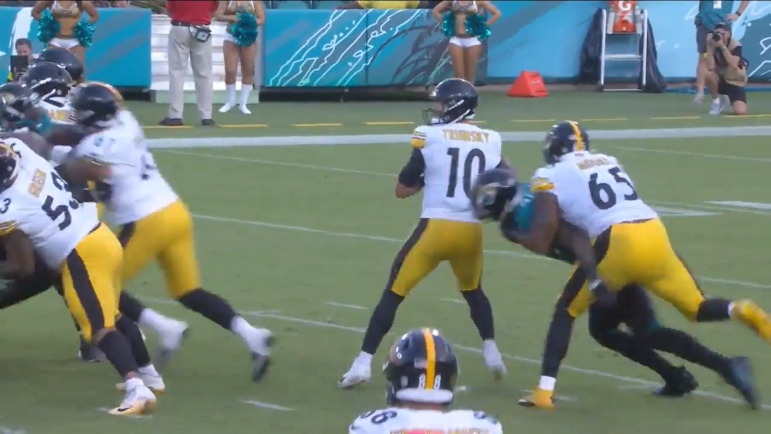 Question: Is this about as good as the offensive line is going to get?

While the Steelers’ offensive line inspired no illusions of greatness in their play last week, the group up front, but it would be fair to say that they took a step back even from that. Left tackle Dan Moore Jr. in particular seemed to struggle against the Jaguars’ pass rushers, and right guard James Daniels has not looked anything like the sure thing we were hoping for when added as a priority free agent.

The group does return three starters from last season, so there wasn’t all that much of an expectation of growth through personnel turnover, but Daniels and Mason Cole were supposed to be significant additions. To his credit, Cole has been a much more stable presence at center than Kendrick Green was there last year, but Green is now competing at left guard with Kevin Dotson.

The offense offered a glimmer of hope last week on the strength of some positive running performances from Anthony McFarland Jr. and Jaylen Warren, but they absolutely could not get the running game going in Jacksonville, something Mike Tomlin noted after the game in a, to quote, “bluntly honest” assessment of the offense.

One would imagine that we can reasonably expect growth to occur over the course of the season, with two new starters, two young starters, and a new offensive line coach, all working with multiple new quarterbacks.