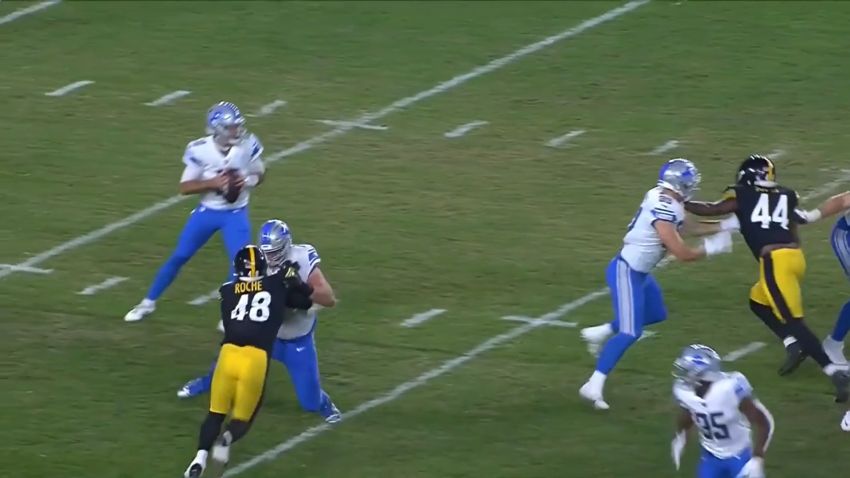 Question: Could Quincy Roche find his way back to Pittsburgh with the final roster cuts?

For those on the outside looking in, the Steelers were presenting the appearance that veteran outside linebacker Genard Avery was lining up to be their third, rotational player at the position. Then he was part of the team’s second wave of roster cuts.

While that’s good news for the likes of Hamilcar Rashed Jr., who is expected to start in the preseason finale with Alex Highsmith still working his way back from a rib injury, the team is going to be scouring the waiver wire for help.

And one name that they might call upon should he become available is Quincy Roche, the outside linebacker they drafted in the sixth round a year ago. He had a solid preseason, but not one as good as Jamir Jones, who made the roster over him, only to be waived weeks into the season to be replaced by Derrek Tuszka.

Roche is currently on the roster bubble with the New York Giants, who claimed him when the Steelers originally let him go. He remained with New York for the entire 2021 season and did get some playing time, in fact logging over 400 defensive snaps with 38 tackles, 2.5 sacks, five tackles for loss, and a forced fumble.

Pittsburgh has shown a willingness to bring back players they’ve lost in the past, including Tuzar Skipper twice, from the same position. There is no reason to think that they would have entirely moved on from Roche should he become available. It was widely assumed that they intended to place him on the practice squad if he cleared waivers when they originally released him.