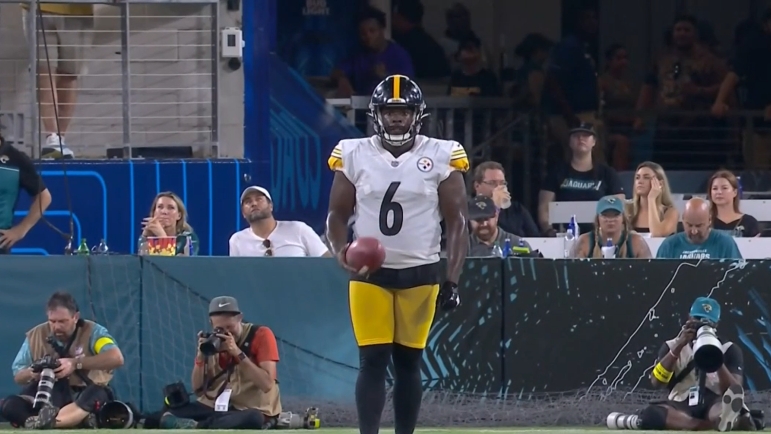 Reasoning: Aside from the obvious fact that the Steelers do not have another punter on the roster after releasing Cameron Nizialek, second-year Pressley Harvin III has actually notably improved his game in the one crucial area in which it was lacking: consistency.

The Steelers made the decision to allow Cameron Nizialek to field all of the punting duties in the first preseason game. He did okay, actually. And then they released him. I’m not really sure what the rationale was behind that, but it left second-year Pressley Harvin III as the only boot on the roster.

And that, of course, means that he did all of the punting in the team’s second preseason game. I will admit, it could have gone better. But it certainly could have gone worse, as well. He punted four times and all four of the punts traveled more than 40 yards, which is a good start in comparison to where he was last season. They all had respectable hangtimes as well.

His longest punt was for 47 yards, though this came from his own 23, and it reached only the Jaguars’ 30-yard line. For a player who came into the league with a reputation for a big leg, you might have liked to have seen more on this one.

Likewise, from the 27, he punted 42 yards to the 31, this well-covered and resulting in a net return of minus-one yard. But he also had another 47-yard punt that landed at the five and was returned for just five yards, a 37-yard net punt that pinned the Jaguars at their own 10.

And what will be forgotten is his safety kick, which went rather well. From his own 20, he booted it 76 yards to the four-yard line, and the coverage was able to make the stop inside the 20. Now this is not ordinarily his job, but it showed that he does have that big leg.

And this of course is not just about one preseason game. He showed improved consistency throughout the entire offseason. Danny Smith was talking about it back in May and June, albeit cautiously. We saw it in training camp. He just has to keep it up in the regular season, and go even further with it.