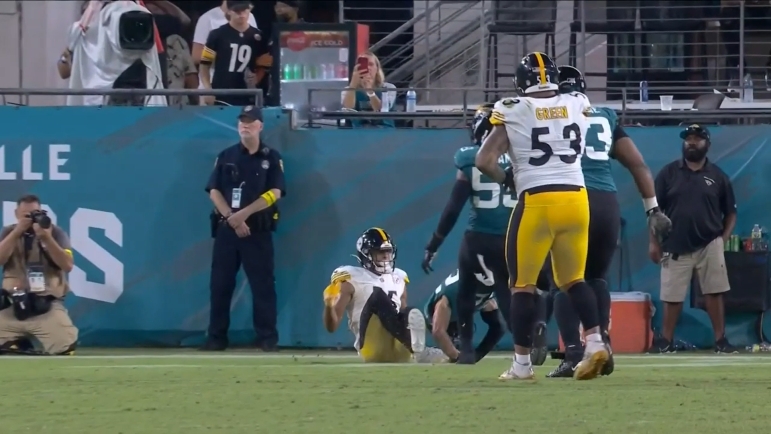 Reasoning: Making his second consecutive start at left guard, second-year lineman Kendrick Green has hardly looked any more comfortable in his more familiar role after starting at center a year ago. Competing with Kevin Dotson for the job, Green’s play has only fostered hope that the former can do better.

There is a point at which it is the wisest decision to move on from a high draft pick who is struggling and not living up to expectations. The time is not now for Kendrick Green, the second-year former third-round draft pick out of Illinois, but he hasn’t looked like anybody who could be starting.

That is based on his work through the first two preseason games of 2022, seeing work exclusively at left guard after he played center last year. Green has repeatedly said, even going back to 2021, that it was difficult for him to play center, and that he was much more comfortable at guard.

You might not know it by watching him, however. Thus far, the only person who has had a particularly positive review of Green’s offseason is his own personal trainer, Duke Manyweather, who of course has a stake in his success or failure.

Put simply, the man loses too many one-on-one reps for anybody to be comfortable with him in the starting lineup. On a per-snap basis, he might not be spending quite as much time on his back, but he’s still been given a few views of the night sky over the past two Saturdays.

Truth be told, the only reason that I didn’t write about Dan Moore Jr. today is because we’re going to have a film room exposing his play posting a bit later, and I didn’t want that to overlap. I’ll probably swing back to him tomorrow.

But the left side of this offensive line is not looking good at all right now. Chukwuma Okorafor and Mason Cole have been the closest things to stability on this line thus far, with James Daniels disappointing. One can only hope that they start putting it together.

And with Dotson at left guard inside of Green.