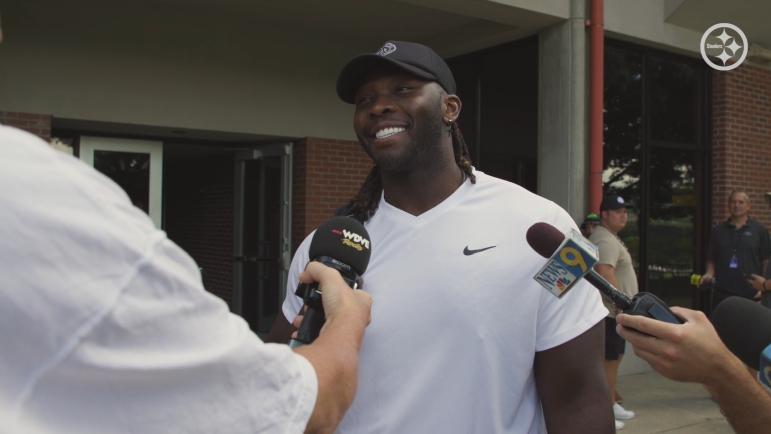 Reasoning: The free agent signing recently took the field with pads on for the first time since his 2021 season ended in injury, a key step in his return to full capacity as the Steelers gear up for the start of the regular season in another month’s time.

The Steelers paid good money to bring in Larry Ogunjobi with the idea that he was going to be a difference-maker for their defense, a move spurred on by the retirement of Stephon Tuitt at the start of June.

They were fortunate that Ogunjobi was even available, and that was only because he was still recovering from a foot injury that he suffered during the postseason as he helped the Cincinnati Bengals reach the Super Bowl.

Assuming that he is still capable of playing up to his full capacity, then the Steelers got a good deal for him. He offered us a taste of that just recently after finally getting on the field for a padded practice and instantly making an impact, or in Mike Tomlin’s words, making his presence felt.

The coaching staff and medical staff have erred on the side of caution with regards to how much they put on Ogunjobi’s plate at any one time, although they did not go so far as to start him on the Physically Unable to Perform List.

No, he has been practicing in some capacity since the very beginning of training camp, which was to his benefit since he was new to the team and signed only after minicamp had ended. But his first work in pads was the first substantive test to see where he is.

Will he play in the Steelers’ first preseason game later this week? I personally wouldn’t count on it, and I’m not sure he sees much playing time during the preseason at all. But as long as he’s ready to tackle somebody in a game that counts, that’s all we really need to concern ourselves with.