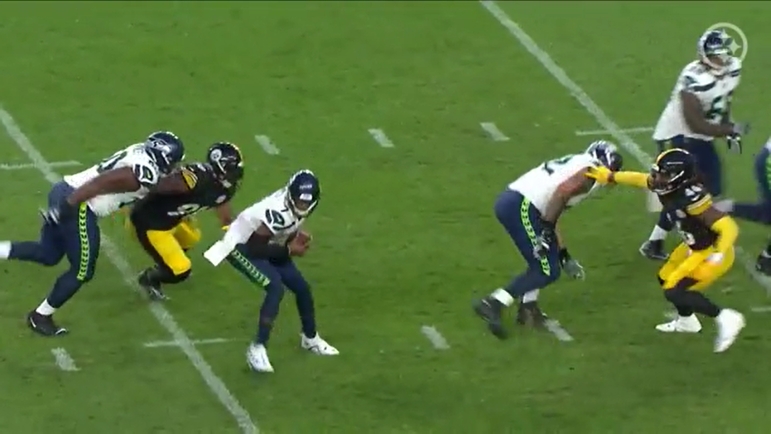 Reasoning: The Steelers’ rookie third-round draft pick has shown throughout camp, and in the team’s first preseason game, that he is going to compete for a helmet this season in what projects to be a deep defensive line room.

A number of people seemed to feel unsure about the Steelers’ decision to draft DeMarvin Leal in the third round, even though most had the defensive line down as a key position that the team needed to address in the draft sooner rather than later.

Even though the position was coming off of a down year in terms of run defense, the return of Tyson Alualu and (at that point still hoped for) Stephon Tuitt led to the optimism that things would get better simply by health.

Tuitt, of course, retired, and has been swapped out for with Larry Ogunjobi. Add in Cameron Heyward, Chris Wormley, and last year’s in-season find, Montravius Adams, and you have the five linemen you might expect to dress on Sundays.

But the youngest guys in the room, rookie DeMarvin Leal and second-year Isaiahh Loudermilk, are stating their case and challenging the veterans. Of the two, Leal is the more athletically talented and is able to win more consistently in one-on-one battles.

He flashed that on a handful of occasions during his in-stadium debut last Saturday and was able to get some pressures on the quarterback, even if he didn’t manage to close out the one strong opportunity that he had for a potential sack.

The Texas A&M alum still has to round out his game and show more discipline, and present himself better as a run defender. He may even have to contribute on special teams. But if he can put all of that together, it will be hard not to give him a helmet this season.