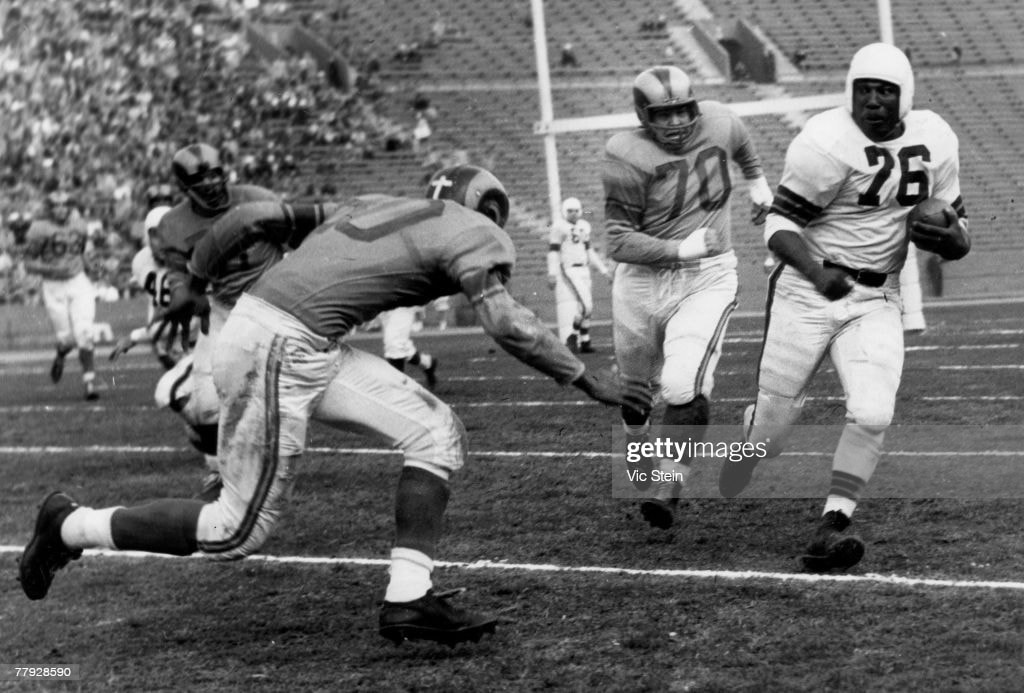 This one will be in a similar vein to our Blast From The Past types, but even more obscure than that. Well-known NFL players who were Steelers only for the briefest of times that it’s entirely forgettable. Our job will be to remind you.

Going old-school with one of the most well-known players of his era. Except for his time in Pittsburgh. We’re talking about FB/LB Marion Motley.

Most Hall of Famers who played for the Steelers are remembered as Steelers, even if their career didn’t exclusively come in Pittsburgh. But Motley is a rare exception to that, largely because his time with the team spanned just a handful of games. Motley is remembered as a Cleveland Brown and alongside Bill Willis, one of the first black players to reintegrate professional football in 1946 as the Browns joined the AAFC.

From 1934 to 1945, there was no rule but an understanding that black players would not be signed (the Steelers rostered one of two black players in 1933 in OL Ray Kemp). RB Kenny Washington was technically the first, playing for the NFL’s Los Angeles Rams, but all three players entered pro football at the same time, all dealing with the some pressure and criticism and bigotry.

But Motley’s play did all the talking, twice leading his league in rushing and once pacing the field in rushing scores. The Browns won the championship when they joined the NFL in 1950 with Motley and QB Otto Graham leading the way. But Motley’s career quickly began to slow due to chronic knee injuries. By 1953, he was a backup, a reserve player, carrying the ball just 32 times as the Browns still won – just without him.

Motley quit football before the 1954 season after head coach Paul Brown informed him he had no path to make the team. It seemed like Motley’s playing days were over. He sat out the entire season but gave it one last try in 1955. The Browns still had no interest but retained his rights and traded him to Pittsburgh, who attempted to play him as a full-time linebacker instead of a fullback or two-way player. I haven’t been able to readily find a lot of information over his career, Pro Football Reference noted he carried the ball two times in those six games, and here’s a paywall’d New York Times archive headlining his release on November 1st. Another Times article after his death briefly outlined more of his Steelers’ career, one that sounded overall uneventful.

“He attempted a comeback in 1955 with the Pittsburgh Steelers, supposedly as a linebacker. He played five of the first six games, mostly as a blocking back for punts and field goals, but his knees were still bad and the Steelers dropped him.”

He was inducted into the Hall of Fame in 1968. His time remembered as a Brown, as it should be, but one that ended not in Cleveland but Pittsburgh instead.