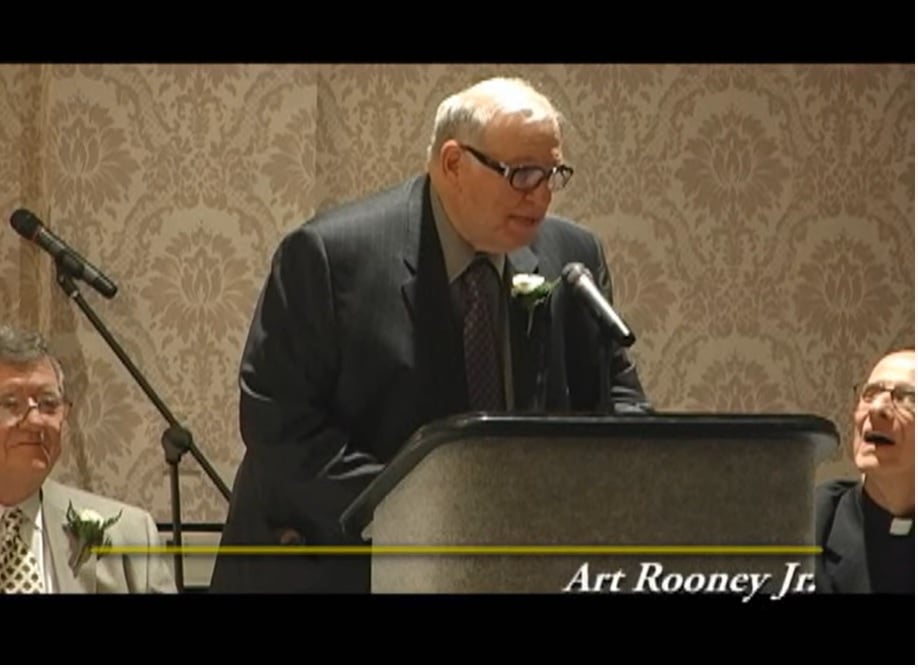 Pittsburgh Steelers Vice President Art Rooney Jr. is one of 29 semifinalists for the 2023 Pro Football Hall of Fame as a contributor via the Senior Committee. The Hall announced its list of players and contributors Thursday afternoon with Rooney’s name on the list. Former head coach Buddy Parker is also one of the semifinalists.

Rooney Jr, not to be confused with team President Art Rooney II, has served as the Steelers’ Vice President since 1987. From 1965 to 1986, he worked as the Steelers’ Personnel Director, guiding the team through their 70s dynasty and four Super Bowl trophies. He also attended St. Vincent College, the place where the Steelers still hold their training camp practices.

As his Steelers.com bio outlines, Rooney Jr. helped change the team’s philosophy from trading away draft picks, there were years in which the team didn’t have a selection until the eighth round, to building through the draft. That matched Chuck Noll’s philosophy and together, they built Pittsburgh from the ground floor. Notable draft picks over the time include Joe Greene, Terry Bradshaw, Lynn Swann, Franco Harris, Jack Lambert, Jack Ham, Mel Blount, basically anyone John Facenda has ever narrated about. The Steelers’ 1974 class is the best draft class of all-time including Swann, Lambert, John Stallworth, Mike Webster, and Donnie Shell as an UDFA. All Hall of Famers.

Rooney Jr. was inducted into the Steelers’ Hall of Honor in 2018.

Parker served as Steelers’ coach from 1957 to 1964 while also serving as the Detroit Lions’ head coach earlier in the decade. He boasts a career record of 104-75-9. He brought QB Bobby Layne over in a trade from Detroit to Pittsburgh, leading the Steelers to the franchise’s first ever sustained success. In five of his seasons with the Steelers, they went .500 or better. If inducted, he would be a posthumous selection. Parker died in 1982.

This list of names will be narrowed down to 12 players and 12 contributions on July 27th. The Hall has put a greater emphasis on adding more senior names to Canton with plans to expand numbers in the coming years. The 2023 class can have up to three senior members.