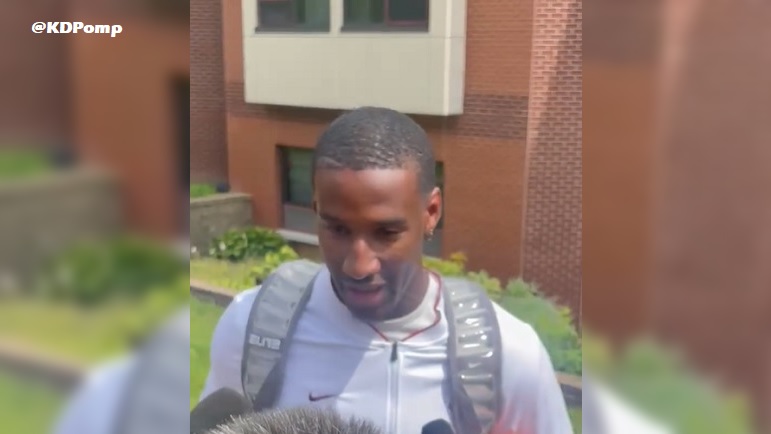 Cornerback Levi Wallace knows he can’t do it all for the Pittsburgh Steelers’ defense. All he can do is follow the old Keith Butler adage – do your job. But Wallace also has high expectations for himself to go out there and get the job done. Reporting to camp Tuesday, Wallace briefly spoke with reporters about what he’s looking to show this year with KDKA’s Bob Pompeani tweeting out a clip of the conversation.

“I’m just trying to do my job,” Wallace said. “One of eleven. Shut my side of the field down. I’m gonna play corner and that’s what I’m going to try and focus on…with so many stars on this defense, just trying to find out where I fit in.”

Pittsburgh is just Wallace’s second NFL home. He spent four years in Buffalo as an undrafted free agent out of Alabama, cutting his teeth and working his way up the ladder to become a starting cornerback opposite Tre White. The Steelers signed Wallace to a two-year, $8 million deal this offseason.

The team will have to figure out where he fits too. Pittsburgh’s top three cornerbacks are Wallace, Cam Sutton, and Ahkello Witherspoon, the latter signing an identical, two-year, $8 million contract in the offseason. It’s currently unclear who the team plans to start in their base defense when they employ just two cornerbacks. It’s also unknown who will function as the team’s starting slot corner this year. Sutton makes the most amount of sense but we’ll wait until tomorrow’s first practice to get eyes on an initial pecking order.

Regardless of where he plays, Wallace will be asked to play strong run defense and help turn around a unit that ranked dead last in 2021. He’s known for his run-stopping abilities and is a far better asset in that regard than Witherspoon. Pittsburgh’s secondary also needs to create more splash this year, rarely taking the ball away until late last season. Similar to 2019, the Steelers’ defense needs to take the ball away to keep the score down and give their offense shorter fields to work with. Wallace has six career interceptions, a pair in each of his last three seasons.

If you want to check out data on Wallace’s side-shutting abilities, check out our recent coverage study below.