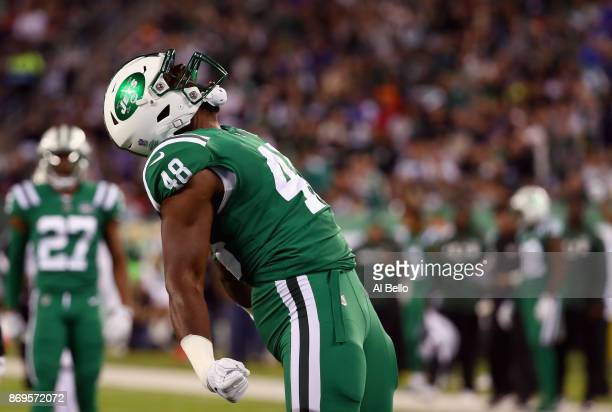 Looking at the current roster there are areas where the Steelers could be looking to add a player or two. Next up I am looking at outside linebackers.

The reigning Defensive Player of the Year is irreplaceable but every player needs a break once in a while. We’re looking for players that can provide depth and give him and Alex Highsmith a breather from time to time. Highsmith has taken steps forward in his game and is ready to breakout.

Depth behind the starters has seen a lot of players come and go and this year is no different. Last year they had Melvin Ingram and Taco Charlton as reserves. They traded Ingram to Kansas City and he is now with Miami. Charlton was not resigned and he is now in New Orleans.

Derrek Tuszka was signed in September last season and after the departure of Ingram he became a regular contributor from week ten on tallying two sacks in the last three games he played. Genard Avery was signed in March and started twelve games in Philadelphia last year with 43 tackles and one sack. Former camp stand out Tuzar Skipper was also re-signed after spending last season in Tennessee receiving 44 snaps each on both defense and special teams with five total tackles.

Also on the roster they have Delontae Scott and rookies Tyree Johnson and T.D. Moultry who will be looking to impress in camp.

Is that enough or will they look for additional help toward the end of camp. Here are some candidates that could be worth looking at.

The former Utah Ute was a consensus All-American and two time All-PAC12 player. He finished his career with 135 tackles with a whopping 41.5 for a loss. A consistent pass rusher over his career he finished with 30 sacks and tacked on 4 pass breakups, 6 forced fumbles and two fumble recoveries. He was deemed a high motor player and effective pass rusher but was inconsistent as a run defender.

The Dallas Cowboys selected him in the fifth round of the 2020 draft adding to an already strong group of pass rushers. In his rookie season he had Mike Nolan as his defensive coordinator and in 2021 it became Dan Quinn. He was unable to get into the rotation for either coach playing in just 11 games with two tackles. His was limited to 56 defensive snaps and 170 special team snaps.

The Jets have added a lot of pass rushers over the past couple years and there are several players who could become available including Hamilcar Rasheed or Zuniga. Lawson and first round pick Johnson are likely starters with Huff, former Texan Martin and fourth round pick Clemons providing the depth. Anae was on this list last year and I still think he could be a good add to the roster.

Biegel was a senior Wisconsin Badger when T.J. Watt was a junior. He was a second team All-Big Ten player with 40 starts in 54 games. A three year starter he finished his career with 191 total tackles, 39.5 tackles for a loss and 21.5 sacks. He also chipped in 5 pass breakups, 3 forced fumbles and two fumble recoveries.

After being drafted by Green Bay he spent his rookie season playing 121 snaps on defense and 138 on special teams finishing with 16 total tackles with 2 for a loss. He got cut prior to the 2018 season and signed with New Orleans. He played in 14 games almost exclusively on special teams (241 plays) and had four tackles. His last two seasons were spent in Miami playing in 20 games with 10 starts. He tallied 61 tackles, seven for a loss 13 quarterback hits and 2.5 sacks along with an interception.

The Ravens signed him to a deep group of pass rushers led by Oweh and Bowser. Houston and Means (who was on this list last year) will provide veteran depth. Hayes is a fifth round pick from last year and they have Ojabo rehabbing an Achilles injury from the pre-draft process that has about a six month timeline.

The former Vanderbilt Commodore started 21 of 36 games in college. He contributed with 116 total tackles with 26 for a loss while also tacking on 11.5 sacks, 4 pass breakups, 3 fumble recoveries and 3 forced fumbles. He played both defensive end and outside linebacker while in college.

A seventh round pick by the Vikings he became a steady performer in his four years in Minnesota. He played in 49 games with seven starts totaling 67 tackles, 13 tackles for a loss and seventeen quarterback hits. He also forced two fumbles, broke up one pass and had six sacks. In the last three years he has had stops in Carolina, Denver and Minnesota playing in 24 games with 10 starts adding another 2.5 sacks with 40 tackles, 7 tackles for a loss and 10 quarterback hits.

The starters are cemented in with Garrett and Clowney and the team has added four young pass rushers to play behind them. Winovich had 11 sacks in three years in New England and Wright and Thomas were added in the draft. Weatherly may be kept as veteran depth but if the young guys play well he could be expendable.

Looking back at Jenkins career at Georgia he was very consistent. A three year starter he put up very good numbers with over 200 tackles, 39 tackles for a loss and 19 sacks. He broke up 5 passes, forced six fumble and recovered half as many. Coming out his profile had him as long and strong and a good fit as a strong side 3-4 outside linebacker.

The Jets drafted him in the third round in 2016 and he proceeded to play 72 games starting 62 in his five seasons in New York. He had 23 sacks and 189 tackles over that span along with 25 tackles for a loss, 46 quarterback hits, 7 fumbles and five recoveries. He also disrupted 8 passes. Last season he played in 11 games for Houston with 20 tackles and 2.5 sacks before a knee injury shut down his season.

This one was a more difficult guess with Houston revamping almost their entire edge rushing group. Okoronkwo came over from the Rams. Veterans Addison and Hughes both came from Buffalo. Green was a Seahawk last season. Greenard was an 8 sack starter in Houston last season and Rivers saw action as a reserve. Jenkins has the highest base salary of the group so maybe he will be let go to try to save money.

A part time starter in college he started just 7 games in 40 contests. He finished with sixty total tackles, 12 for a loss and 5.5 sacks. Also on the stat sheet were 2 forced fumbles, 8 quarterback hurries and two pass breakups. He played defensive end in his first three years switching to outside linebacker for his final year. The Steelers did show some interest in him at the Combine.

In his four Pro seasons he has spent time with Minnesota and New England. He has played in 20 games with 3 starts contributing 22 tackles, four tackles for a loss, one pass breakup and two sacks. The most action he received was in 2020 when he had 137 defensive snaps with New England.

Crosby and Jones is about as good a pair as you will find rushing the quarterback. Ferrell hasn’t lived up to his lofty early first round selection but has been a starter and at worst is a quality back up. Fackrell has bounced around the past few years but is productive in a limited roll. Koonce had 2 sacks in just 48 snaps and Green showed potential coming out of college.

Bradley-King began his career at Arkansas State before transferring to Baylor for his senior season. All together he played in 39 games with 24 starts. In his four seasons he totaled 119 tackles with 29.5 coming for a loss. He has 18 sacks, 6 pass break ups, 6 forced fumbles and 3 fumble recoveries.

A seventh round pick in 2021 he only saw time in three games but managed five tackles, half a sack and 1 quarterback hit in 59 defensive snaps. The half sack and four of his tackles came in the final game of the year in 31 snaps.

The starters are Young and Sweat but there will be competition behind them. Smith-Williams was as strong part of the rotation last season and Toohill started several games late in the season and both played for Jack Del Rio las season. Obada is a veteran addition from Buffalo with plenty of experience. Toney got in to 10 games last season. Bradley-King was a player I liked coming out with heavy hands and very good play strength and motor.

Ford spent five years at Auburn breaking out in his senior season. Overall he had 93 tackles with 27.5 for a loss and 20.5 sacks. He added on an interception, 2 pass break ups and 3 forced fumbles. His final season he led the SEC in sacks with 10.5.

He has had an interesting NFL career with up and down seasons marred with injuries. In eight seasons he has 159 total tackles, 44 tackles for a loss and 79 quarterback hits. He has produced 12 forced fumbles leading the league with seven in 2018 and also seven pass breakups. A total of 40 sacks in his career; hitting double digits twice and never having more than 6.5 in any other season. His last couple seasons have been cut short by a back injury.

The 49ers have very good depth with Bosa leading the way. Ebukam will be in his second season as a starter in San Francisco. Turay came over from the Colts this season, Omenihu from Houston last season and Willis has provided depth the last two seasons. Reports say Ford may be cut and he may also retire if his back is still an issue. If he wants to play, there will probably be plenty of teams willing to take a chance.