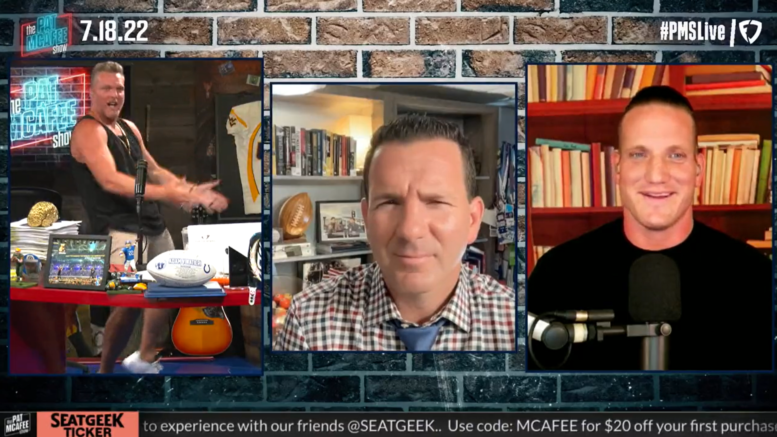 The Baltimore Ravens experienced a rash of injuries up and down their roster last year that is, frankly, quite rare. No area was hit harder than their running back room, with each of their top three players at the position suffering season-ending injuries in the month leading up to the regular-season opener, with second-year back J.K. Dobbins at the top of that list.

The former second-round draft pick suffered a significant ACL tear on August 28 in the Ravens’ final preseason game, an injury that also involved damage to other areas of his knee. It has left some to speculate that he may not be ready in time for the season opener, with Ian Rapoport issuing such a report yesterday. A report, as you can see below, which Dobbins disagreed with.

Okay I’m tired of being quiet… come to me for your source @RapSheet because I might not even go on PUP because that’s how good my rehab is going and I’m damn sure going to be ready for week 1. https://t.co/gH2TqCFLM4

For his part, Rapoport was a good sport about it. He was even on live with Pat McAfee when Dobbins responded to his initial report, and McAfee let him have it pretty good, just to poke and prod him about a player contradicting his sources. Later in the day, as the dust settled, he more or less reiterated his original report:

When news develops while on live… we discuss. Watch the whole clip for my views on this situation. https://t.co/HYZgh4wYTk

Here’s my understanding of where it stands for J.K. Dobbins. He is no sure thing to be ready for week one. His status is certainly in doubt. The reason why I say that is he had an ACL injury and it was a significant one. There was a meniscus injury, there was injury to his lateral side as well. It was not just a clean ACL tear. He has not had any setbacks. His rehab is going good. But he is one of the bright young stars on the Baltimore Ravens. They are not going to rush him, nor should they. Plus, they also gave themselves some insurance by signing Mike Davis, a veteran who can do somewhat similar things. So that is my understanding of where the situation is for J.K. Dobbins. We will see. Hopefully for him, he is cleared by week one.

Here’s the thing about players and their health: they’re not doctors. Logically, one might think that nobody knows their body better than themselves. You can easily bring up Rod Woodson and his confidence that he could return from his ACL injury in 1995. You could just as easily bring up Maurkice Pouncey’s multiple injuries, in 2010 and much more severely in 2015, which he vastly overestimated his timeline to return from.

Complex ACL injuries are not easy to predict. It is extremely plausible that Dobbins will be on the field for Week 1. It would be the least surprising thing in the world, however, if he is not. The reality is that we won’t know more about the status of his knee injury for a couple weeks, most likely.

It is notable that he suggests, or so it appears, that he won’t even begin training camp on the Active/PUP List, meaning that he expects to be able to be a participant in practice right away. Even if that is the case, however, it is not a guarantee that he will be on the field on opening day—which is as much a coach’s decision as it is a doctor’s, or the player’s.