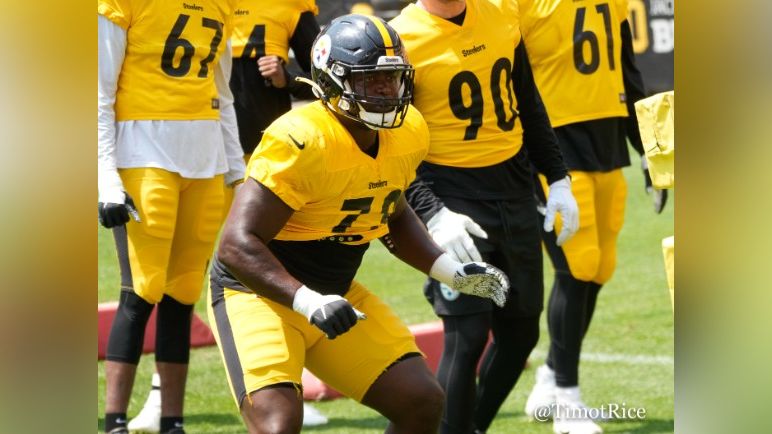 We’re just days away from the start of the Pittsburgh Steelers’ 2022 training camp. The team reports Tuesday with the first practice Wednesday afternoon, 1:55 sharp. The focus is on all the big things. The quarterback battle, how the O-line unfolds, how the rookie receivers look, you get the idea.

But I’m all about the camp sleepers. They often come out of nowhere and are hard to predict. Sleepers everyone knows about aren’t sleepers. Here’s a couple of Steelers on my radar this summer who few people are talking about now but could turn into camp darlings by the end of next month. After looking at the offense yesterday, we’ll check out the defense today.

SS Donovan Stiner – With a more firmly established defense, finding sleepers is a little tougher task. But Stiner is one of my favorites, a 2021 UDFA who spent all last year on the practice squad. He’s already the only undrafted player from a year ago still with the team which says something about his staying power. With a game that reminds me like Miles Killebrew, he’s got good size, hit power, and proved to be a reliable tackler. He had a solid though unspectacular summer last year but enters Year Two a year older, wiser, and knows what the NFL is all about. His path to a 53-man roster spot is tough, I admit, but I define sleepers as players who have good camps, generate buzz, and at the least, make themselves hard to cut. Stiner will be that guy.

DT Carlos Davis – Davis has suited up before, but he’s gotten lost in the shuffle given last year’s injury that wiped out most of his 2021 season and all the new defensive linemen brought in with Larry Ogunjobi and DeMarvin Leal. Davis flashed promise his first two years with a quick first step and disruptive ability. Pittsburgh’s D-line room is crowded, and finding a spot for Davis is tough. But one injury could open the door, and he’s a third-year player with talent. He’ll re-enter the conversation next month.

CB Carlins Platel – Platel was invited to rookie minicamp on a tryout basis but caught a contract coming out of rookie minicamp. Platel started at small school Assumption College before transferring to South Carolina for the 2021 season. With a game similar to Arthur Maulet, Platel lacks great speed but shows explosiveness (4.65 40, 37.5-inch vertical, 10’2″ broad jump vs. Maulet’s 4.64 40, 36.5-inch vertical, 10’3″ broad) and is a physical slot corner with outside experience at Assumption. Like the defensive line room, work at slot corner is crowded with Cam Sutton (potentially), Tre Norwood, Maulet, and Damontae Kazee, so Platel’s reps could be limited. But the talent is there to make a couple of plays and show what got him into camp in the first place.