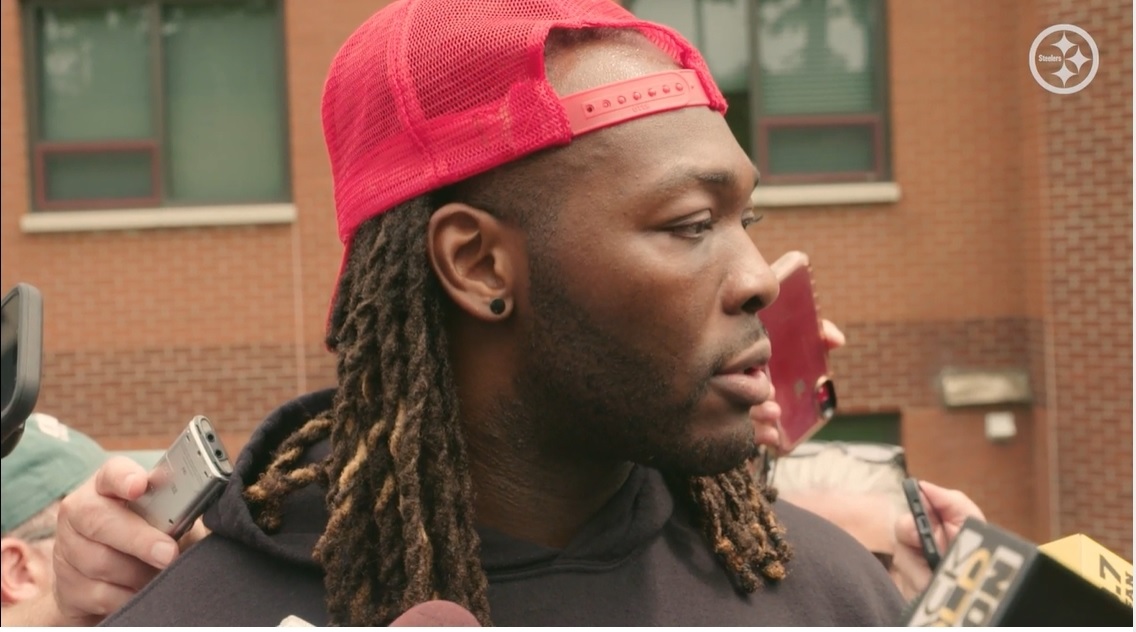 Larry Ogunjobi is coming to Pittsburgh with a team-first mentality. Signed to a one-year deal after a long-term contract with Chicago fell through due to a foot injury, he’s looking to rebuild his value to cash in big a year from now. In his first press conference since becoming a Steeler, Ogunjobi said he’ll do whatever the team asks.

“I don’t have a preference really,” he told reporters via Steelers.com. “I mean, I want to play at the four but whatever the team needs me to do. Because at the end of the day, we’re here to make ball players and I feel like you can affect the quarterback, can affect the game at any position if you play it right. So I’m just excited for the opportunity.”

Ogunjobi is referring to the “four technique” otherwise known as inside shade of the offensive tackle. That’s where the Steelers’ base 3-4 ends align these days with the outside linebackers outside shade of the tackle or the tight end. Of course, because Pittsburgh’s in their sub-package defenses so much, 64.4% of the time last season, Ogunjobi will end up seeing a lot of action as the three technique between guard and tackle, even if he does play the four. Ultimately, it’s safe to assume he’ll play up and down the line this season, though his best home could come at the three.

Speaking during today’s press conference, Mike Tomlin said he’s most likely to be used as an interior sub-package pass rusher.

“I like him in both spots. But what we’re talking about probably is 18% of our snaps. In today’s NFL, you spend so much time in sub-package ball that we hadn’t wasted a lot of time talking about the Okie or the base component of it because so little time is spent there. But there aren’t any reservations in terms of his skillset that would limit him in terms of playing either position.”

With several options on the table, it’ll be interesting to see who starts in the Steelers’ base defense. Cam Heyward and Tyson Alualu are locked into two spots but the LDE spot could be up for grabs following Stephon Tuitt’s retirement. Chris Wormley manned that position last year and finished the season with a career-high seven sacks. But that was before Ogunjobi arrived. Second-year DE Isaiahh Loudermilk will also be in the mix, though he’s less likely to start, instead subbing in as a rotational player.

In general, the defensive line room will provide some of the summer’s most interesting camp notes. How Ogunjobi looks and how he starts off the year, admitting he’ll be “eased in” to camp while getting back to 100% health. If the team will break their long-standing tradition of carrying just six defensive linemen and if they keep seven, who the odd man out elsewhere on the roster will be. Or if they stick with six, there will be one worthy player not part of the 53-man roster. Along with everything else, they’ll have this summer to figure out Ogunjobi’s role along.