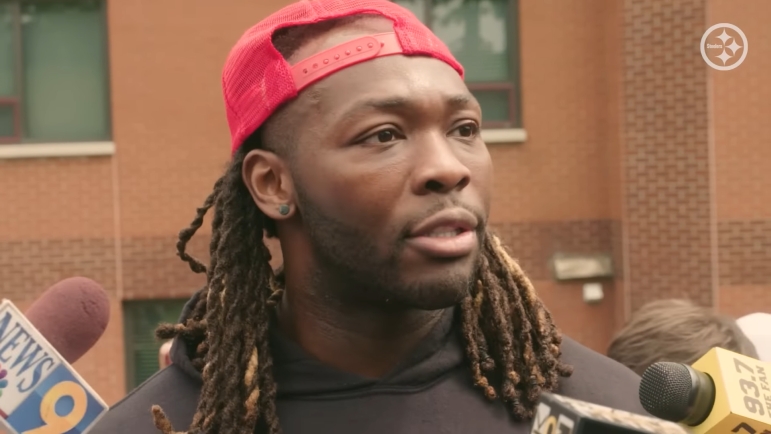 After playing for the Cleveland Browns to start his NFL career and with the Cincinnati Bengals last season, defensive lineman Larry Ogunjobi has now made a home in Pittsburgh, signing with the Steelers on a one-year pact this offseason to gain more exposure to another team in the AFC North.

Now that he has left “the dark side” in Cincinnati to wear the black and gold this season in Pittsburgh, Ogunjobi still can reflect on his time with the Bengals and what made them a Super Bowl caliber team last season as he tries to do the same this season as a member of the Pittsburgh Steelers.

“For me, I think the biggest thing was just camaraderie, Ogunjobi said prior to practice according to video on the team’s website. “That team was super young, we’re all around the same age. You know, I think the oldest guy was, uh, Kevin [Huber] and the snapper [Clark Harris]. We were just a bunch of young guys. There were no egos, everybody was happy for each other’s success. And I feel a lot of similarities here.”

Cincinnati went experienced a Cinderella story after a tragic 2020 campaign where the team finished 4-11-1, good for dead-last in the AFC North after #1 overall pick QB Joe Burrow tore his ACL midway through the year, putting his prospects on hold heading into his second season. However, the Bengals managed to rebound, having Burrow return to full-strength whilst making many notable additions in the offseason like WR Ja’Marr Chase, CB Mike Hilton, and DL Larry Ogunjobi as they went on the win the AFC North and represent the AFC in the Super Bowl.

Ogunjobi makes a great point about camaraderie and the lack of personal ego as the catalysts for Cincinnati’s rise from obscurity. When a team is focused on a singular goal and doesn’t let personal agendas get in the way of the team, that’s when you see successful teams push for Super Bowls. The Bengals nearly captured the crown last season, falling short to the star-studded Los Angeles Rams that loaded up on talent to accomplish the same task with one vision in mind: hoisting the Lombardi Trophy.

Now in Pittsburgh, Ogunjobi looks to do the same thing in 2022. Pittsburgh has often been written off as a team in transition, not being a serious contender in the AFC this season. However, Cincinnati was in the same boat last season, having more questions than answers prior to the season getting underway. Pittsburgh will need to have several things break right to be legit playoff contenders, but with the focus more on the team than on personal agendas that the team struggled with the last few seasons, perhaps the Steelers could be trending in a similar light that their division rivals did a year ago at this time.