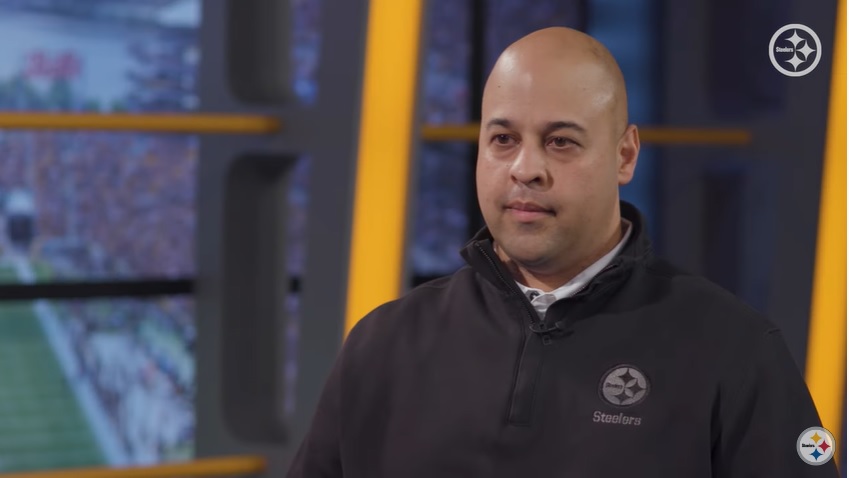 About this team every year for the past decade, we’re talking about where Kevin Colbert sits in the Rotoworld/NBC Sports EDGE GM rankings. And usually we’re debating his place somewhere in the top five. For the first time, Colbert’s no longer part of that group. It’s now Omar Khan’s time to shine. Being a brand new GM, Khan wasn’t ranked on Patrick Daugherty’s list, but there was a blurb offered about the situation he’s stepping into.

Here’s part of what Daugherty wrote.

“Khan spent 20 years watching Colbert invest premium picks in high-end defensive talent while drafting and developing Day 2 and 3 offensive prospects. It was a highly successful if difficult to emulate approach, especially since the Steelers aren’t typically operating in the top 20. If Khan can pull it off, more power to him. If he can’t, no one would blame him. Like any man replacing a legend, Khan needs to figure out what to keep and where to branch out. Making himself Colbert Jr. will only result in failure.”

Daugherty is correct in saying Khan faces the challenge of walking the tightrope between preserving the Steelers’ old-model, one that’s offered a ton of success, while still putting his own spin on things and adding new ideas to the organization, ones that will hopefully net their first postseason victory in six seasons.

Khan has already begun to show signs of separating himself from the Colbert model. There’s been significant changes to the front office and scouting staff for the first time in 15 years, he showed more urgency locking up Minkah Fitzpatrick than Colbert did with most of his stars, and the one-year deal handed out to Larry Ogunjobi was a departure from how the team typically handles business. Khan is believed to also place a heavier emphasis on analytics compared to the Colbert era, where it turned into a Salem Witch Trial if you opened an Excel spreadsheet.

The other portion of Daugherty’s write-up discussed the Steelers’ decision to draft Kenny Pickett and solve their QB dilemma.

“With Colbert’s guidance, Khan set about fixing the problem right away. The one team to identify a first-round talent in this year’s quarterback class, Khan made Pitt’s Kenny Pickett the No. 20 overall pick of the draft.”

Daugherty does reference “Colbert’s guidance” but it’s important to note Colbert was still GM on draft night. By that point, the Steelers had only done an initial round of interviews and hadn’t even narrowed down their list, much less picked Khan as Colbert’s successor. It’s not clear how much involvement Khan had in picking Pickett, we know he was at Pitt’s Pro Day (not that it was a far trip), but based on all the evidence, Pickett was Colbert, Tomlin, and Rooney’s choosing, not Khan’s. Still, Pickett’s success or failure will be on Khan’s report card, not Colbert’s.

Khan’s 2022 goals is to help guide this team through the post-Colbert/Roethlisberger era, remaining competitive in a challenging AFC North. Breaking the team’s postseason victory drought would be nice but isn’t currently expected. By 2023 though, the Steelers must become a competitive team with Pickett guiding them. If not, Khan wont’ be on the hot seat but he’ll certainly be feeling the heat.