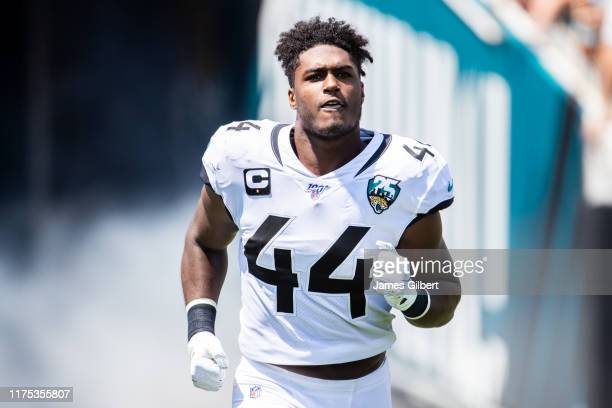 In the eyes of many modern day Steelers fans, there is and only will be one James Farrior. The former first-round draft pick of the Jets way back in 1997, Farrior is often considered perhaps as the absolute best free agent acquisition of the Kevin Colbert era. A freshly-minted member of the team’s Ring of Honor in 2020, his career spans 15 seasons and 1,444 tackles, 35.5 sacks and 11 picks. His finest season came in 2004, when he racked up 94 tackles, three sacks and a career-best four interceptions, and he came very close to beating out Hall of Fame safety Ed Reed for NFL Defensive Player of the Year Award. Now, this shouldn’t be misconstrued in any way to say that he is, or will be better than Farrior, but as Jonathan Heitritter argued, could recent free agent pickup Myles Jack have a similar success story as to the one Farrior did in the Steel City?

Jack, much like Farrior, was a high-end draft pick, going in the second round back in 2016. According to many analysts however, if not for a knee injury he suffered at UCLA his junior season, he would’ve been a lock for the first round. The Jaguars scooped him up and he although he wasn’t a major contributor right away, he eventually formed quite the tandem with former Jags’ Pro Bowl OLB Telvin Smith. On a defense filled with Pro Bowl talents along the line like Calais Campbell, Malik Jackson, Yannick Ngakoue and lockdown corner Jalen Ramsey on the back end, Jack flourished with the team, and it allowed him to do what he does best—run and tackle. He boasts 100+ tackle seasons in three of the past four years, and at 6-foot-1 and 255 pounds, he’s a large inside backer, much like the 6-foot-2, 243-pound Farrior.

Jack is a gamer, and many Steelers fans will still remember the impact he had in the 2018 AFC Divisional Round loss versus the Jags in which he helped his squad nurse a 28-7 lead prior to halftime, killing a Pittsburgh drive with a timely pick of Ben Roethlisberger. The defense Jack is a part of now isn’t nearly as talented as the one he formerly played for in Jacksonville, nor the one Farrior was a part of, but it does boast All-Pro talents at every level, including DT Cam Heyward, the reigning Defensive Player of the Year OLB T.J. Watt and newly-extended free safety Minkah Fitzpatrick. Jack’s counterpart inside, Devin Bush, appeared well on his way to stardom but an ACL injury from 2020 seems to be holding him back.

While playing in Jacksonville, Jack played in a 4-3 defense, but reports out of OTA’s have been positive as he acclimates himself to the base 3-4 defense Pittsburgh runs. Signed to a two-year deal, Jack still has Father Time on his side, as he won’t turn 27 until a few days before the season starts. I remember the draft in 2016 thinking how can the Steelers get their hands on this guy and pair him up with Pro Bowl ILB Ryan Shazier, but both were not meant to be, as Shazier suffered his horrific career-ending injury the next season. Jack’s athleticism isn’t of the freak of nature variety like Shazier’s was, but it’s close, and if you watch him in coverage, you can see what I mean as he moves effortlessly.

Jack has already been on record stating how different the culture is in Pittsburgh than in Jacksonville and need further proof that those type of comments carry merit? Look at the play of another former Jaguar-turned-Steeler in NT Tyson Alualu, who’s arguably playing the best football of his career the last few years for the black and gold. The team’s run defense suffered tremendously last season without his presence in the middle, as their ranking bottomed out the league.

Also, last but maybe more importantly, look at the type of coaching he’ll be receiving now. Mike Tomlin is as steady as they come in the NFL, never boasting a single losing season over his tenure at the helm. Also, Brian Flores will be working closely with the linebackers, and besides being the former head coach of the Dolphins, he displays a superb defensive acumen, also having stemmed from the Bill Belichick coaching tree.

Jack looks like the favorite to sport the green dot heading into the 2022 season, and if his game continues to ascend in the greener pastures of Pittsburgh, it’s likely he may be able to notch his first Pro Bowl nod. Also, if Bush fails to improve upon last year’s poor play, the team will be able to pivot off of him and keep Jack in the black and gold for the long haul. The career of Farrior with the Jets seemed out of place, and signing with Pittsburgh was the perfect cure all. Could Kevin Colbert’s addition of Jack be the same type of home run, knock it out of the ballpark-type signing Farrior was for the team twenty years ago? Let me know your thoughts in the comments below.