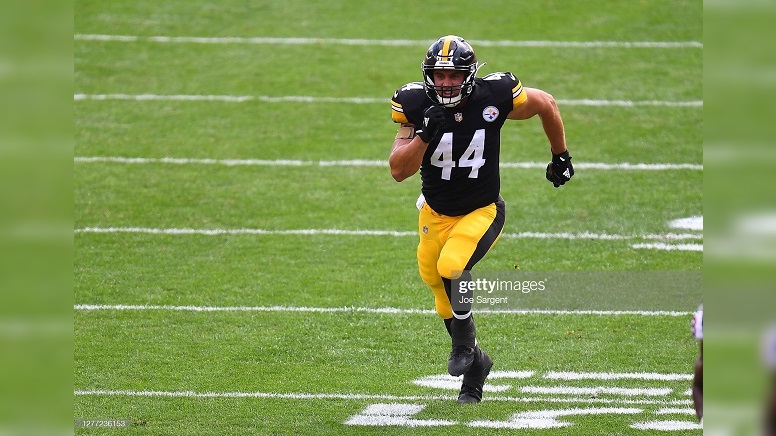 Upon drafting Connor Heyward, a presumable fullback with an ambiguous college position, some began raising the question of how safe Derek Watt’s job is. Connor Heyward played multiple positions in college. However, at six feet tall and 229 lbs, it’s fair to project him as a fullback rather than tight end. In a recent Asked And Answered for Steelers.com, Bob Labriola gave his opinion on the race, or lack thereof.

“I believe it would be a mistake to assume that they are competing against each other for the same roster spot. Heyward is a tight end, and Watt is a fullback. They are not interchangeable. That’s not the same position.”

While the Steelers have not released an official depth chart stating Heyward’s official position, it is certainly plausible if not likely that Heyward is listed as a tight end. Listing Heyward as a tight end means that his primary competition is Kevin Rader, Jace Sternberger, and Zach Gentry. Indeed, Labriola went on to mention this competition later in the interview.

“Heyward is competing for a spot there along with Kevin Rader and Jace Sternberger, because as of this writing I am going to assume Zach Gentry and Pat Freiermuth will make the team as the top two tight ends.”

“If both Watt and Heyward establish themselves as core special teams players, I believe there is plenty of room on the 53-man roster for both of them.”

This ultimately begs the question of whether it’s likely that all three of Rader/Sternberger, Watt, and Heyward can make the roster. Among other factors, this comes down to how much Matt Canada will use the fullback and tight end positions this coming season.

A scenario where Heyward beats out the competition for third tight end spot is certainly plausible, as is him beating out Derek Watt for the fullback position and being on and off the practice squad or outright being cut. A player with as much positional uncertainty as Heyward comes with many questions, and the only way to get any answers is by waiting and observing how he is used.