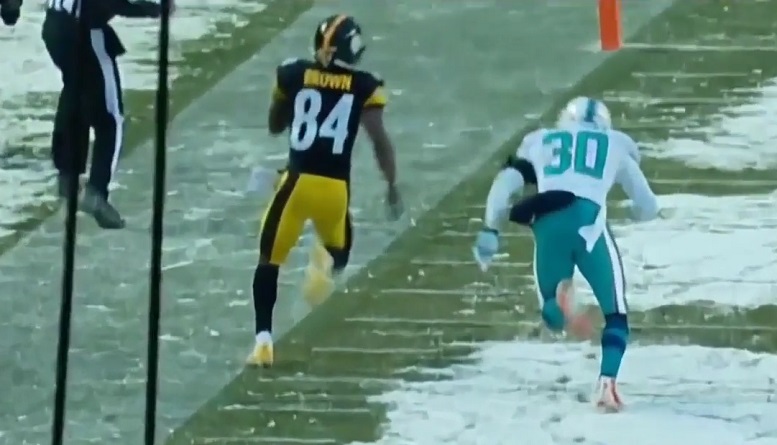 Another entry into the series looking at Kevin Colbert’s best/worst trades. We’re at the point in the series where no truly bad ones stand out, so from here on out it’ll only be his best trades. As a disclaimer, and something I probably should’ve said earlier, I excluded picks that solely involved draft picks, so trades like the Shamarko Thomas and Alameda Ta’amu trade-ups are not included.

With that being said, let’s get into what was probably the biggest trade of Colbert’s tenure. The Antonio Brown trade had to happen, given his behavior leading up to his trade request, as he skipped out on work the day before a must-win series finale against the Cincinnati Bengals. Even Steelers president Art Rooney II said something had changed in Brown. It wasn’t feasible for the wide receiver to remain in Pittsburgh, but coming off a sixth-consecutive 1,000+ yard season and a league-leading 15 touchdowns, it was going to be a tough pill to swallow for the Steelers.

Brown’s behavior and social media activity did nothing to help his trade value, and the saga finally ended on March 13, 2019 when Brown was traded to the Oakland Raiders for third- and-fifth-round picks in the 2019 NFL Draft.

The extra draft capital helped the Steelers feel comfortable enough to move up and select Devin Bush (which looked like a good move before Bush’s torn ACL) and they moved quickly to fill the void at wide receiver by selecting Diontae Johnson in the third round with the Raiders pick. With the fifth-round pick acquired from Oakland, the team took tight end Zach Gentry.

As the Steelers moved on without Brown, Mr. Big Chest wasn’t making things easy for the Raiders. He got extreme frostbite on his feet from a cryotherapy chamber and missed practices, held out of training camp to protest the NFL helmet policy. After getting approval to wear the helmet he wanted for one year, he filed another grievance complaining that the year wasn’t enough.

After finally settling on a helmet, Brown posted a picture of all his fines from missing practice on social media, and then angrily confronted Raiders’ general manager Mike Mayock at practice. Three days later, Brown asked for his release from the Raiders, posted a voicemail from Raiders’ head coach Jon Gruden on Instagram, and was promptly released.

The next day, Brown signed a one-year deal with the New England Patriots. Brown was released by the Patriots after one game due to a sexual assault allegation, and wouldn’t play for the rest of 2019. He played parts of 2020 and 2021 with the Tampa Bay Buccaneers, leaving the team in the middle of a Week 16 game when he undressed before running off the field.

The Steelers were able to recoup draft picks and get rid of a massive distraction in Brown, which was a win in and of itself. The fact that Diontae Johnson has emerged as a top receiver in the NFL makes it even more of a win. While he struggled with drops towards the end of the 2020 season, Johnson was a Pro Bowler in 2021 with 107 receptions for 1,161 yards and eight touchdowns. He’s entering a contract year, and Pittsburgh will likely look to extend him and keep him in Pittsburgh long-term.

If Brown hadn’t completely lost his marbles upon leaving Pittsburgh and performed well for Oakland, this trade could be looked at differently. Still, Pittsburgh got a younger and cheaper receiver in Johnson and was able to move on from Brown, who was becoming more and more of a distraction with each year. There was no realistic scenario where he spent the 2019 season with Pittsburgh, and Colbert did a great job getting two picks for him and turning those picks into a top receiver in Johnson and a reliable backup in Zach Gentry.