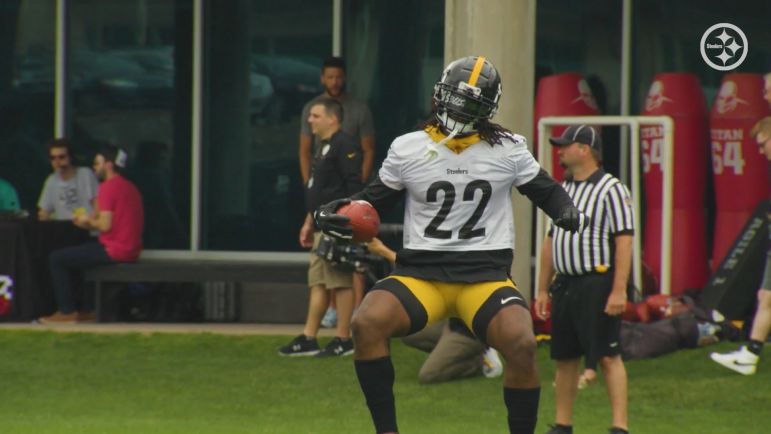 Najee Harris certainly pushed back against the notion that he added a bunch of weight from his rookie season to the offseason. A good lesson in understanding a player’s listed weight is usually not his actual playing weight. That’s a number that ebbs and flows and changes without the official team website ever bothering to update. Casey Hampton was listed at 320 pounds his whole career, and I promise you he never came close to that number.

In fact, Harris said his body is as rocked up as ever. Appearing on Bryant McFadden’s podcast All Things Covered on Monday, Harris said he’s in the best shape of his life.

“I played at 242 last year,” he said. “I weighed in at 244 maybe during OTAs. Like, I have no fat. I’m complete. Like, my bod-pod is like I have the lowest percent of fat. Every year is the same. So, like there’s no fat for me. It’s just straight muscle.”

Reporters and fans viewed Harris as entering spring workouts bigger and heavier. But Harris shot back, saying he hadn’t gained any weight. Unlike a lot of second-year running backs like Le’Veon Bell, James Conner, and Jaylen Samuels, Harris chose to stay at his rookie weight instead of dropping down. But he carries his weight as well as any running back in football and his size is an asset, making him tough to tackle and able to endure a long season in which he’ll be the featured player in the Steelers’ offense. Some compared him to Jerome Bettis, who was heavier and certainly had a different body type than Harris’.

Harris admitted to McFadden that perhaps his response to reporters was a touch too strong.

“Maybe I did take it out proportion because I look at myself every day, obviously since I train. So maybe they haven’t seen me in a minute, so maybe they came back and was like, ‘oh, he got kind of bigger.’ But I was like, I see myself so maybe they see two different things.”

Harris’ weight was nothing more than offseason fodder during a time of the year when there isn’t much else to report. With the season now almost underway, no one will talk about Harris’ weight. Only his performance matters. The Steelers will need a big Year Two from him hopefully in the form of a more efficient and effective running game.

Don’t get too excited to watch him this summer though. Now proven, Harris is likely to be handled carefully by the team during training camp and the preseason. He’ll still practice most days but it’s unlikely he’ll be involved in many – if any – full-contact sessions, knowing there’s no need to risk injury or add wear to a player who could lead the league in touches for a second straight season.