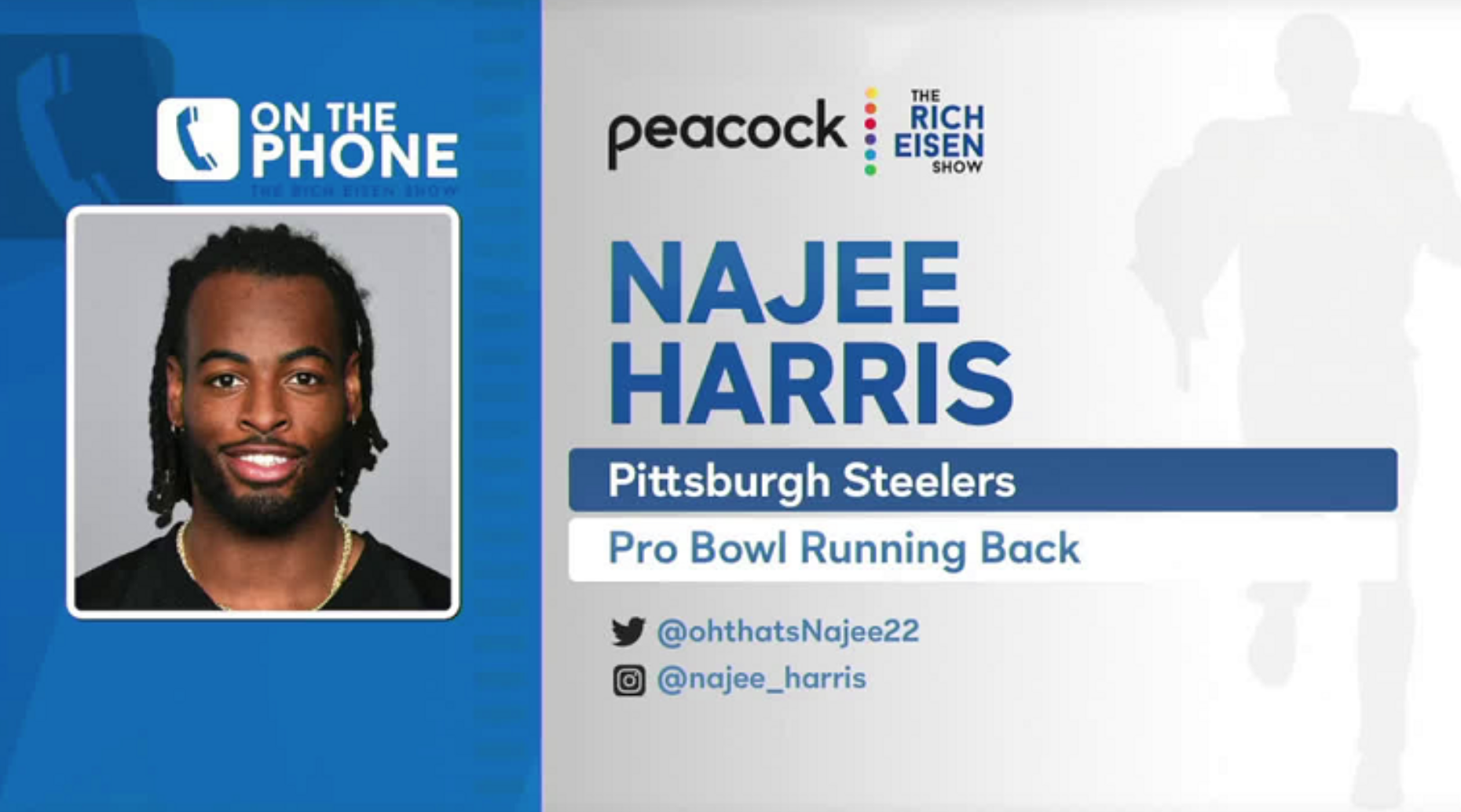 Pittsburgh Steelers RB Najee Harris jumped on The Rich Eisen Show to speak with Eisen on several different topics. The two talked about the stadium name change, what it’s like to be coached by Mike Tomlin, and the recent Madden rankings.

When asked by Eisen if he will crack 400 touches this year after accumulating 381 touches in 2021 as a rookie, Harris told him he is ready to handle as big of a workload as he is allowed to carry.

“I can get 500 god damnit,” Harris said on The Rich Eisen Show. “I didn’t have issue with it. It was the media who had an issue with it. I told them every game I was like, ‘Man look, if this is the way of winning, I can carry the load.’ I trained to carry loads. I mean, it’s not something that haven’t done before.  I did it in college, high school, you know what I mean, NFL.”

Harris isn’t wrong when he said that he is used to carrying the load for an offense. After his first two seasons at Alabama where he served as more of a rotational back behind Josh Jacobs and Damien Harris, he took on the lead role in 2019 and 2020. He amassed 683 carries and 80 receptions during his time with the Crimson Tide, totaling 4,624 scrimmage yards and 57 total TDs. That workhorse role preceded his time in college when he was ruling the gridiron in high school at Antioch where he finished his high school career with 7,948 career rushing yards, the fourth-most in California high school football history. Harris rushed for 2,776 yards and 36 touchdowns during his senior season.

Remember when Najee Harris cleared a guy like it was nothing? 😳 @ohthatsNajee22

While all of the extra carries can take a toll on a running back’s body, Harris mentioned that that thought doesn’t come to his mind when the outcome of the game is on the line.

“I was like, man, like as we winning games,” Harris continued. “There was a long streak where someone was saying if I have 25 carries, then we’re undefeated. So, okay. This is our identity right here. So, let’s keep this going on. Let’s keep this going. So, man, listen, if I get 500 carriers, as long as we winning, it doesn’t really matter.”

In Pittsburgh, “The Standard is The Standard”, and Najee Harris has recognized that from the second he stepped foot in the Steelers’ facility. The standard is Super Bowls, and he is willing to whatever it takes to make that happen. Najee has taken the teachings on HC Mike Tomlin to heart and serves as the perfect example of being a volunteer and not a hostage. He could complain about all the extra touches and the wear and tear that could result from a heavy workload. Instead, Najee is up for the challenge, more than willing to take on a workhorse role in it gives the team a better chance at victory.

It would be nice to have a runner complement Najee Harris in the backfield this season so the team doesn’t feel forced to keep him out on the field at all times. However, workhorse backs are a dying breed in today’s NFL, and Harris has shown that he can handle a heavy load and looks forward to doing it again in 2022 in hopes of leading Pittsburgh on a playoff pursuit.

Najee Harris has 21 more touches (carries/receptions) than any other player.