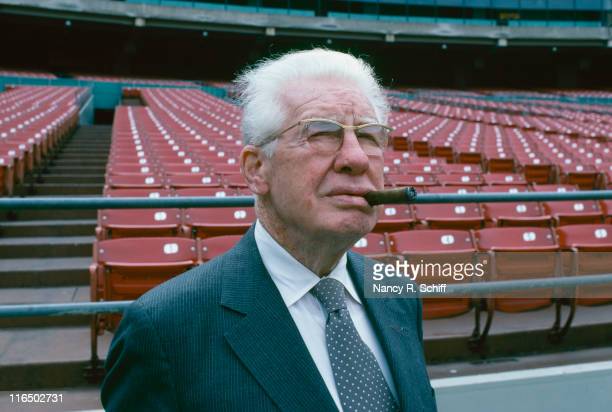 Wishing the Pittsburgh Steelers’ franchise a very happy 89th birthday. They look great for their age. In fact, it’s a Steelers’ team who has gotten one heck of a facelift with two new quarterbacks, a rebadged offensive line, and new general manager to run the show.

On this date in 1933, Art Rooney Sr. – The Chief – officially bought the Pittsburgh Steelers for $2500.In today’s money, that’s the equivalent of $56,210.77, still a bargain for an organization now worth roughly $3.4 billion and with the way the sports market is going, they’re probably not worth a lot more than that. A common misconception is Rooney won money at Saratoga Race Track and used those big winnings to by the team. He didn’t hit it big at the track until after the team was founded.

Given the era, right in the middle of the Great Depression, Rooney being able to buy a pro franchise was no small feat. The NFL wasn’t nearly as lucrative as it is today. In fact, the pro game was still looked down upon not having the history of baseball or the “love of the game” aspect college football did. Back then, fans preferred amateurism.

Rooney bought the team in 1933 knowing Pennsylvania would repeal their “Blue Laws” during the upcoming November mid-term elections. Previously, those laws outlawed sporting events to be played on Sundays and it’s the reason why you still today can’t buy a car on Sundays. But the Steelers began their 1933 season before those laws were officially off the books, meaning the team spent its first several weeks playing on Wednesday evenings. In fact, the team played just one Sunday game its first season, the final home game against Brooklyn. The home crowd couldn’t have been impressed with what they saw, witnessing a 32-0 loss to the powerful Dodgers led by star runner/receiver Shipwreck Kelly.

Of course, the Steelers weren’t initially known as that name either. From 1933 to 1939, they were called the Pittsburgh Pirates, sharing the name as the baseball team. A common tactic for the era – we just mentioned the Brooklyn Dodgers – in an attempt to drum up some popularity and attention. But Rooney and the Pirates/Steelers had a hard road for the first decade, trying to stay afloat in a relatively new league. The Pirates weren’t a good team and had constant turnover, though in 1933, they notable rostered one of just two black players in the league in OL Ray Kemp. 1933 would be his only year with the club.

Pittsburgh finished their first season 3-6-2. Years ago, I fully recapped that first season with game-by-game accounts as told by the Post-Gazette and defunct Pittsburgh Press. You can check those out below. We’ll be adding another year recap before the offseason ends.

The Pre-Noll Era: Recapping The 1933 Season (Part One)

The franchise turned around when Chuck Noll was hired in 1969. The organization built effectively through the draft and became a dynasty in the 70s, winning their first four Super Bowls. They’ve added two more Lombardis since and are now known as one of the most storied and successful franchises in sports. But they came from humble beginnings 89 years ago today.

Happy Birthday to the Pittsburgh Steelers.