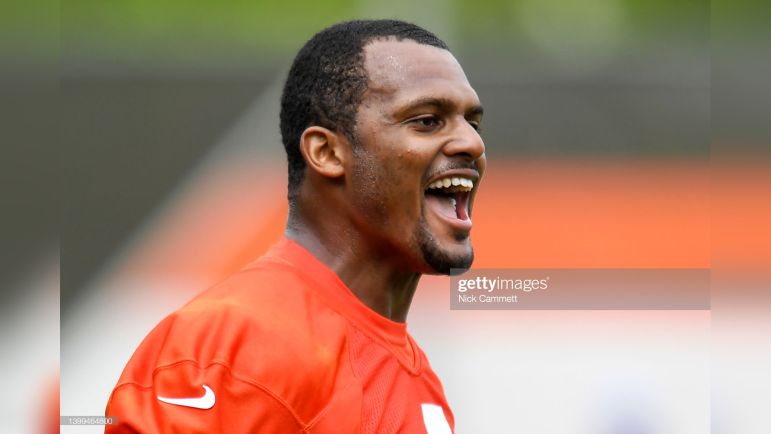 It looks like the Deshaun Watson saga will be coming to a final decision sooner rather than later as NFL teams prepare to report to training camp next week.

As in a post laid out by our own Alex Kozora, former US District Judge Sue Robinson will hand down a ruling on Watson’s case soon after she requested briefs from both the NFL and NFLPA be submitted by July 11, meaning that she will likely come to a final decision here in the next several days before teams start having players roll into their respective facilities.

Sue L. Robinson, the NFL/NFLPA disciplinary officer, has told each side in the Deshaun Watson case to submit a brief due the week of July 11, source says. She will make her ruling thereafter.

Meanwhile, Cleveland Browns beat writer Mary Kay Cabot recently published a piece at Cleveland.com suggesting that the notion in league circles is that Watson will not face a year-long suspension like some have previously assumed and will in fact play in some capacity this season.

“There’s growing sentiment within league circles that Watson will play at some point this season despite the NFL arguing for an indefinite suspension of at least the full season with a chance to apply for reinstatement afterwards,” said Cabot “The NFL Players Association has fought for no suspension at all based in part on the fact that several NFL owners haven’t been suspended for their direct or indirect involvement in sexual misconduct.”

While Watson has reached a settlement with at least 20 of the 24 women who have filed for sexual misconduct in the course of employing them for massage therapy sessions. Watson still has four cases outstanding and the potential of six more cases being filed against him in the coming weeks.

Still, even though Watson may not be indicted on criminal charges by the grand jury, the NFL still can and will look to punish him for violating the league’s personal conduct policy.

Ultimately, Robinson has been appointed the disciplinary officer for this case and could go against the league’s preferred punishment of a least a year if she chooses. Still, commissioner Roger Goodell and the league could opt to appeal the ruling should Robinson not rule in favor of a year-long ban like Cabot mentions above, potentially drawing out this process even longer, creating more uncertainty for both Watson and the Cleveland Browns franchise.

Still, with the Steelers set to play the Browns Week 3 of the season in Cleveland, things look like Watson will not be the starting quarterback for Cleveland in that contest as we sit here today, given he receives some sort of suspension. Still, the question remains whether Pittsburgh will see Watson across from them at home in Week 18. Based on this report from Cabot, that seems like a possibility pending an appeal from the NFL.