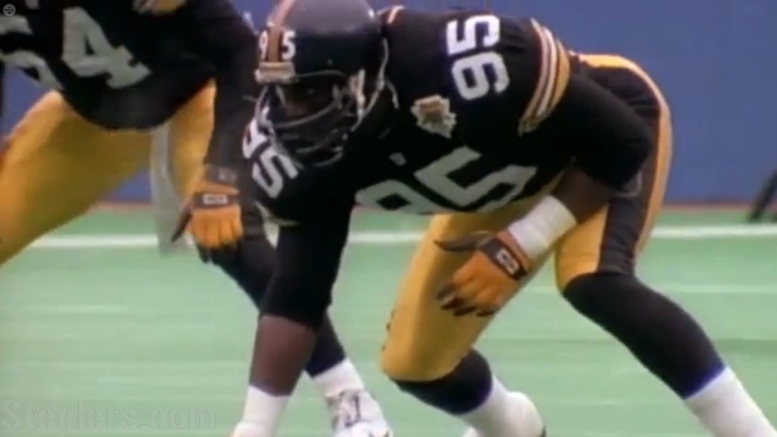 “So, it was truly a family atmosphere,” Lloyd said regarding being a member of the Pittsburgh Steelers organization. “That’s kind of what the Rooneys wanted in that organization, man. I mean, when you talk about Steeler football, if you don’t mention Mr. Rooney and Ben and all those guys, and Art [Rooney II] now. What Art Sr. did. The chief did. What he laid down. His boys just went right ahead, and they followed into it.”

Growing up a Steelers fan, you often head of the family-like atmosphere associated with the Pittsburgh Steelers. Their fans are known to be as diehard as they come, traveling in droves across the nation to away games and having a presence in multiple cities that are home to other NFL franchises. The Steelers also portray a business model based on “family values”, taking the method of draft, develop, and re-sign their own guys rather than constantly looking to the outside to bring in talent.

It has been mentioned the relationships that players have with each other off-the-field as well as on it, hanging out in the offseason, going to dinners together, and even hosting a team cookout like Cam Heyward did earlier this spring during OTAs and mandatory minicamp. From Lloyd’s perspective, it all starts from the top with ownership. While professional football is a business and players get cut every day, it speaks volumes when ownership recognizes the man behind the helmet much like the Rooneys have done in their time at the helm of the Steelers franchise.

Mike Tomlin on what makes the Rooney family special and how Ike Taylor was always Dan Rooney's favorite guy. Love this answer.

"They see people. They don't see positions, roles, or titles…"

Along with the focus on family, Lloyd made sure to explain that this mindset didn’t make them soft. On the contrary, the Rooneys wanted their team to embrace the hardworking nature of the city of Pittsburgh with the product they put out on the football field.

“And it’s one of those organizations you don’t have to be fancy,” Lloyd continued. “You don’t have to come in there and try to be a showboat. All they care about is that you come in there, you keep your head down, and you win. You show up and you win. It’s a blue-collar town. They want you playing black and blue football, hitting them in the mouth. You know, that’s the kind of football we play. I love that.”

Going back through the ages, the Pittsburgh Steelers have often been related back to a blue-collar football team synonymous with a good defense and a smashmouth brand of football. You can go back to the heyday of Steelers football back in the 70’s with the Steel Curtain and the dominant defensive unit that team had. Fast-forward to the 90’s and you get Blitzburgh, which was the defensive unit that Lloyd played on with the likes of Kevin Greene, Levon Kirkland, and Rod Woodson. Or go forward a decade to the 2000’s where you had names like Joey Porter, Troy Polamalu, James Harrison, and so many more recreate that dominant play of the Steelers’ defense.

Even the offensive guys through the years upheld that same persona including Ben Roethlisberger, Hines Ward, and Jerome Bettis. The expectation from the Rooneys for their football team has been nothing less than the pursuit of championships. Their actions reflect that as they have only had three head coaches since 1969, having Chuck Noll and Bill Cowher become Hall of Famers for their accomplishments during their time in Pittsburgh, with Mike Tomlin in position to follow in their footsteps one day.

This is what happens when you stand in front of a moving bus. Jerome Bettis busts out the truck stick in 1998. #Steelers https://t.co/MDi7DoYE6j pic.twitter.com/CSUJuCugUJ

Being known as “The Steel City”, the people of Pittsburgh relate to having a tenacious work ethic with all the steel and manufacturing companies there. It’s only right for their sports teams to emulate that persona, and it’s fair to say Pittsburgh has done that through most of their history. Greg Lloyd undoubtedly lived up to that expectation, being known as one of the baddest men in football during that era.

Hopefully, Pittsburgh can recreate some of that persona heading into 2022 after a down season, especially on the defensive side of the football. They have the right guys in place to take on that role with Cam Heyward and T.J. Watt in toe, but now the team needs to come together as a collective unit in order to meet that standard set by those who have come before them.