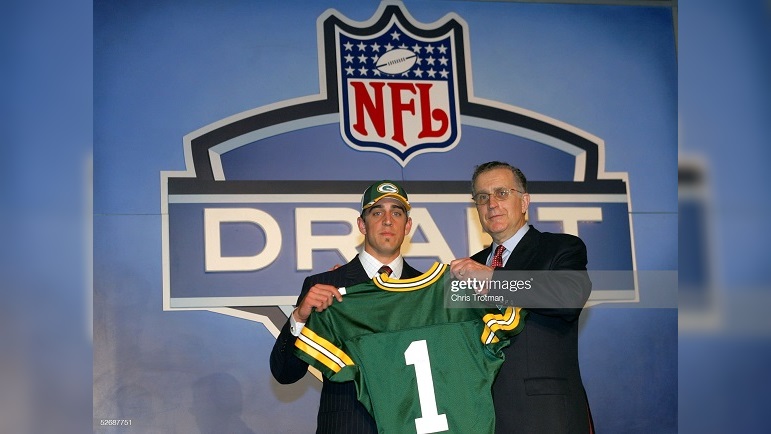 Will Pittsburgh Steelers rookie quarterback Kenny Pickett start any games for the team in 2022? If he fails to do so, will that be a big deal? In an attempt to uncover an answer to that second question, let’s have a look back over the course of the last 30 years at first round quarterbacks that failed to start at least one game during their rookie season.

From 1992-2021, a span of 30 years, there have been 81 quarterbacks drafted in the first round. Only 10 of the 81 failed to start at least one game during their rookie season. That list of ten quarterbacks includes a few impressive names. Jordan Love, Jake Locker, Brady Quinn, Aaron Rodgers, Jason Campbell, Philip Rivers, J.P. Losman, Carson Palmer, Chad Pennington, and Daunte Culpepper comprise the list of quarterbacks that failed to start any games during their rookie seasons after being selected in the first round. The names that really stick out on the list of ten quarterbacks are Rodgers, Rivers, and Palmer.

In case you forgot, Rodgers, who was selected 24th overall by the Green Bay Packers, went his first three NFL seasons without starting a game. He was 24 when he made his first NFL start in Week 1 of the 2008 season. As for Rivers, the fourth overall selection of the New York Giants in the 2004 NFL Draft, his first start didn’t come until Week 1 of his third NFL season with the team he was traded to right after he was drafted, the San Diego Chargers. Like Rodgers, he was only 24 when he made that first NFL start. As for Palmer, the first overall selection of the Cincinnati Bengals in the 2003 NFL Draft, his first NFL start didn’t come until Week 1 of his second NFL season. He was also 24 years old at the time.

Pickett is already 24 so should he not start a game during his 2022 rookie season, his first start would likely come in 2023 when he is 25. Is that really that big of deal? Not really.

In case you are curious, only three quarterbacks drafted in the first round since 1992 failed to play any snaps at all during their rookie seasons. That list of three quarterbacks includes the likes of Love, Palmer, and Campbell. So, it would be a real rarity if Pickett goes on to fail to see any offensive snaps at all during his 2022 rookie season.