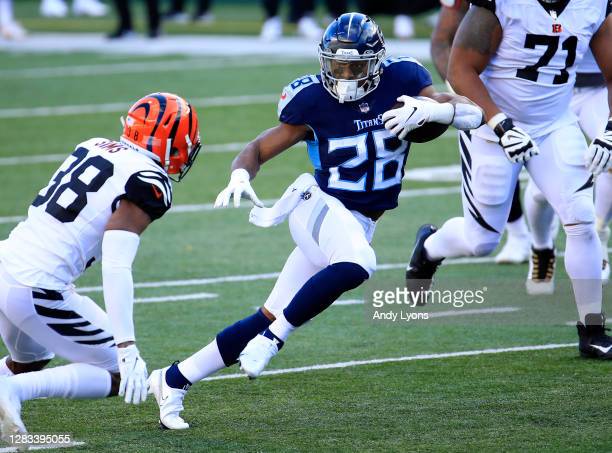 Right as the team started to report to Latrobe for training camp, the Pittsburgh Steelers made a move to address the open roster spot left by RB/FB Trey Edmunds after he was released yesterday. As many expected, Pittsburgh did elect to sign a new RB to the roster to bolster depth behind Najee Harris. However, the name that signed with Pittsburgh was not one often associated with the team during the offseason speculation of adding another running back to the depth chart.

McNichols has been a journeyman for most of his career after being selected by the Tampa Bay Buccaneers in the fifth round of the 2017 NFL Draft out of Boise State, famously getting cut out of training camp by Tampa Bay on Hard Knocks and chose to sign with the 49ers practice squad intend of Tampa Bay’s practice squad. Since then, McNichols has spent time with the 49ers, Colts, Jaguars, and Titans, having played in 34 games with 90 rush attempts for 364 yards (4.0 YPC) and one TD along with 40 receptions for 295 yards (7.4 YPR) and a score. Last season with Tennessee was McNichols’ most productive one to date tallying 396 total yards on 69 touches

As mentioned in the video above, McNichols started out his college career as a WR before transitioning to RB where he amassed 3,205 yards and 44 scores on the ground while chipping in 103 receptions for 1,089 yards and 11 TDs through the air. He excelled as a pass catcher in college at the running back position and has done much of the same in the league, being a reliable check down option near the LOS who can make something happen after the catch as well as viable target in the screen game. Here is one example in preseason action against the Patriots where McNichols catches a pass in the flat and takes it up the sideline, leaping over a defender at the goal line for the score.

Here is a similar example against the Colts last season where McNichols runs to the flat and catches the ball in space, turning up the sideline and scoots into the corner of the end zone for the score.

McNichols has also proven to be a viable option in the screen game, having the soft hands to bring in passes close to the LOS as well as the quickness to make a cut in space and pick up some YAC. Here is one example against the Jets last season where McNichols catches a screen pass from Ryan Tannehill behind the LOS and turns up field, running through two defenders attempting to sandwich him as he keeps his balance and drags another defender across the first down marker to move the sticks.

In his career, new Steelers RB Jeremy McNichols has had four explosive plays offensively, three of them coming on catches with the other on one run. Here are two explosive plays of 20+ yards by McNichols in the screen game against the Jets where he catches the pass and gets into open space, maneuvering to the left sideline on both plays as he picks up first down yardage on second and third down and long, respectively.

McNichols’ lone explosive run of his career came against the Houston Texans. On this play, Tannehill lines up under center in the I-formation, handing the ball off to McNichols who runs to the left side B-gap, picking up a good block by the fullback that springs him into the second level of the defense, breaking a tackle attempt by #20 Justin Reid before being brought down by #21 Bradley Roby after picking up the first down.

When it comes to pass protection for McNichols, it’s a mixed bag much like it has been dating back to his playing days at Boise State. He struggled mightily with consistency as a pass protector when not going out on routes which led to his release from the Buccaneers his rookie year coming out of camp along with his vision issues of hitting the hole and making defenses miss in space. There have been instances in the league where McNichols has represented himself well compared to the start of his NFL career like on this rep against the 49ers where McNichols cuts the rusher on the left side, giving Tannehill time to launch one deep to A.J. Brown downfield.

However, the negatives tend to outweigh the positives in pass protection as you can see below with the next couple of clips. McNichols tends to struggle sitting into his block attempt and anchoring in against the rush, often having a lack of punch with his hands and minimal hip and knee bend result in him getting run over like we see against the Texans in the first clip and former Steelers LB Joe Schobert in the second.

When it comes to special teams, don’t expect much contribution from McNichols in this facet of the game. He has 106 career special teams snaps thus far in his NFL career with 80 of them coming with the Titans the last two seasons, but only 15 such snaps in 2021 mainly as a kick returner. McNichols had two kick returns for 31 yards in 2021 and didn’t really show any elusiveness or vision which are traits he tends to struggle with as a runner as well. He may get some run in camp in the punt and kick return lines, but it’s highly unlikely he makes any notable impact in this area.

Overall, Jeremy McNichols has the size (5’9, 205lb) and skill set to be a scat/satellite back that does his best work in passing down situations.  He has proven to provide a spark here and there as a rusher but doesn’t have the vision nor the tackle-breaking ability to provide more than replacement value in that regard. With being a virtual zero on special teams, McNichols will have to prove that he can be more consistent as a pass protector to earn snaps in the preseason and secure a roster spot as he likely battles to be RB3 with Anthony McFarland Jr., Mateo Durant, and Jaylen Warren.

McNichols isn’t exactly an exciting signing, but Pittsburgh likely was able to add McNichols for the minimum and can use his skill set to complement Najee Harris in a similar way the Titans used him the last two seasons to complement workhorse RB Derrick Henry as a third down specialist. He will have to win the job in camp, but the addition of McNichols makes sense for Pittsburgh as they look for options to alleviate the heavy snap count of their bell cow running back heading into 2022.

What are your thoughts on the signing of Jeremy McNichols? Do you think he has a good shot of making the Steelers’ regular season roster? Could Pittsburgh look to utilize him more on passing downs to take some of the workload off Najee Harris this season? Please leave your thoughts in the comments section below and thanks again for reading!