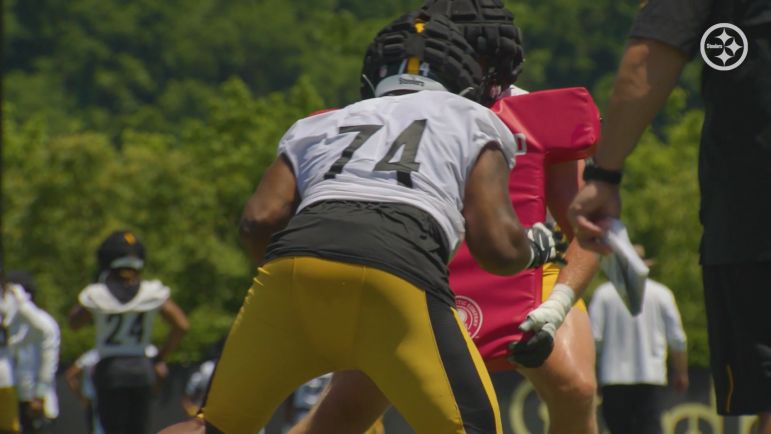 Couple words of note here. I don’t want to insult any of these guys. If you’ve read this site for more than a minute, you know I loathe the idea of a “camp body.” No such thing. That term has been used for countless then-unknowns who turned out to be excellent players. All these guys have a chance and their percentages are only reflective of making the 53, not the practice squad, which will contain a whopping 16 players this year. Sticking around and surviving on the practice squad is all it takes. The percentages don’t take into account that possibility. And for the record, the players who percentages were tied were then sorted alphabetically. Deciding if Linden Stephens or Tyler Vaughns has a slightly better chance to make it is silly, even for our hardcore standard.

Looking at the highest percentages of this list, the ten percenters, there is going to be competition for a potential ninth and final offensive line spot, while the battle at EDGE for the #3/#4 spots are fairly wide open. Green has NFL experience, a bit of versatility, and was with the team last year. Owens has plenty of versatility. Johnson and Moultry are tied at the hip and will need to follow Jamir Jones’ path of making the roster, excelling on special teams. Jones led the Steelers in special teams tackles last summer.

Sims has gameday experience and return potential with a possible sixth receiver spot up for grabs. But Gunner Olszewski was signed to be this team’s starting kick and punt returner and Sims couldn’t see the field last year despite injuries to the group.

While I gave him just 10% odds, Stiner is one of my favorite camp sleepers. With a similar style as Miles Killebrew, Stiner is thickly-built, an impactful tackler, and is the only UDFA from last year still with the team. He spent all of 2021 on the practice squad.

Khalil Davis has worse odds than twin brother Carlos and the Steelers have a deep D-line room. If there’s an injury, Edmunds may have a path, but Connor Heyward is a better version of him. Nizialek will need to punt well, see Pressley Harvin III falter, and hope the Steelers don’t go sign a veteran off the street. A lot would need to go right. Scott saw a cup of coffee last year on defense but is a much better bet for the practice squad. Sternberger has pedigree and Pittsburgh lacks an obvious #3 tight end, but he’ll need to shine this summer. Snead could turn some heads after a solid East Carolina career, but the numbers game may swallow him up.

The 1% players are full of future contracts and UDFAs. Sciba has essentially no path barring injury. Dixon and Gilliam are far better bets for the practice squad, while Platel could land there too as a reserve slot corner.

We’ll move ahead with the list tomorrow and note the outside-looking-in players on the roster.