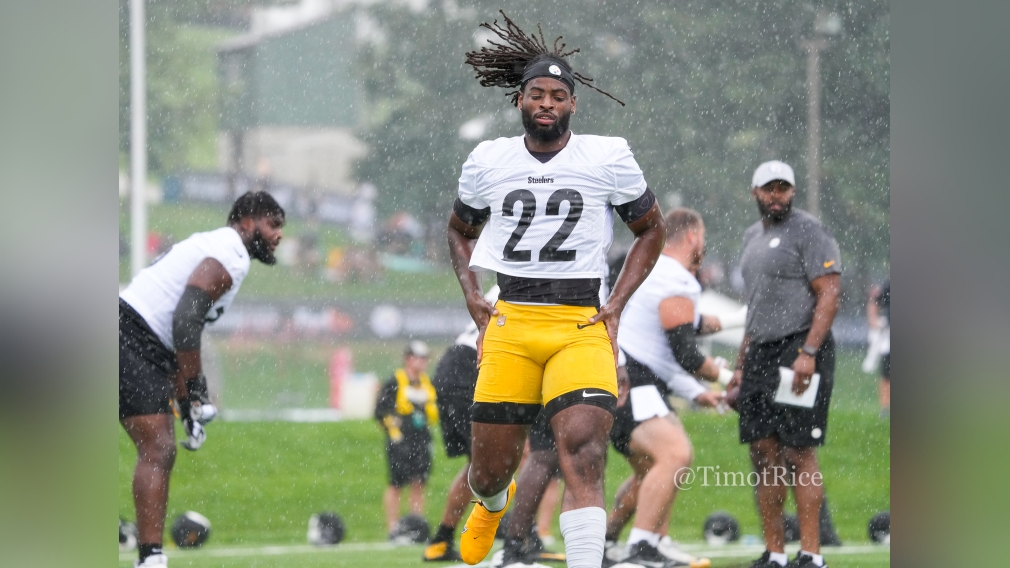 Former Pittsburgh Steelers offensive lineman and current radio analyst Craig Wolfley appeared on NFL Network today and talked about his expectations for Najee Harris as he enters his second season in the NFL.

“You know, this young man set franchise records in rushing and touches and everything else last year. In my mind, he’s already had a pretty good breakout year. Maybe it’s not break breakout, but it’s pretty close to a breakout year,” Wolfley said.

He also added that despite Pittsburgh’s efforts to lessen his workload, he expects Harris’ workload to be similar to his rookie season.

“I know that they’re gonna try to back off his workload a little bit, but simply put when you have such great talent as this guy, he’s a three-down back. I mean, he can run the ball inside, can run the ball outside. He picks up blitzes. He can go out on pass routes,” Wolfley said. “So the fact of the matter is this is a guy who, I can’t see how you can hold him back”

Pittsburgh brought in Jeremy McNichols earlier this week to potentially be another running back who gets touches to lighten the load on Harris. Still, Harris was able to handle a 383-touch workload his rookie year, and while Pittsburgh doesn’t really want to match that this year, he’s still a guy who will probably see 320+ touches if he stays healthy.

The health factor is a big reason why Pittsburgh is trying to limit Harris’ touches, though. Running backs usually don’t have long careers, and for Harris to routinely take hits and have the ball in his hand close to 400 times a year isn’t a good sign for his long-term health and career. Obviously, the Steelers want Najee to be their feature back for at least the next 5-7 years, so keeping him healthy is a priority.

Alongside McNichols, Pittsburgh has Benny Snell Jr. and Anthony McFarland Jr. alongside undrafted free agents Jaylen Warren and Mataeo Durant. It would be a bit surprising to see Pittsburgh keep more than three running backs on the 53-man roster, so of guys with NFL experience, one of McNichols, Snell Jr. or McFarland will likely be cut before the season.

Harris’ sophomore season will be a big one for a variety of reasons. First, with a new starter at quarterback, Pittsburgh may try to lean on the run more to set the tone early and get the new quarterback comfortable early on. That’s going to be Harris’ job first and foremost, and the success at it could go a long way to determining how competitive Pittsburgh is this season. It’ll also be important to see if Pittsburgh is able to limit his touches.

Truth be told, Wolfley might be right that Harris might just be too good to take off the field, especially because none of the other options inspire a ton of confidence. Regardless of what happens, look for Harris to have a big year in 2022.