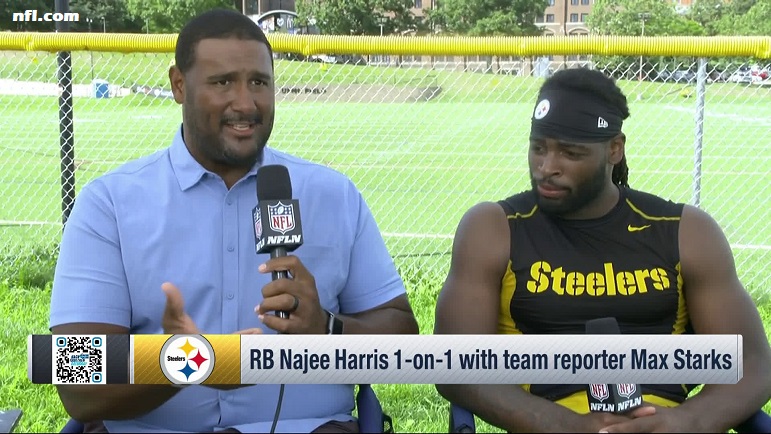 “Competition brings out the best in everybody. So, for these people to come in and compete, we’ll see when we put our pads on, the bullets start flying, we’re gonna see which guys is there and which guys are the guys that starts and it all fall in place,” Harris said.

The quarterback competition is the most talked about story when it comes to the Steelers, but at this point, nothing is even close to being decided. There have only been four practices so far and the pads haven’t come on. While some guys have looked better than others, nothing is going to be decided in the first week of training camp.

The aspect that Harris touched on about competition bringing out the best in everybody is true, though. Guys have no choice but to step up and play their best football, or else they won’t start. That applies to the competitions across the board, not just at quarterback, and once things really kick into gear next week the competitions might become a little bit clearer.

While nothing is going to be decided this early, it is worthwhile to pay attention to how guys are performing. While it could mean nothing, a string of bad performances is likely going to be an indicator that a guy might not be ready yet or just might not be cut out to start. Everyone is probably going to have a bad day, but if those start becoming a theme it might end up telling you something.

Ultimately, building chemistry, learning the playbook, and building relationships with the staff and teammates are what’s important at this stage of camp. As far as the quarterback competition goes, getting on the same page with the pass catchers and the offensive line will be important now and in the future. With a lot of turnover across the board on offense, everyone’s trying to get settled in and earn their role. Whoever is the most in sync with the rest of the offense will likely perform the best, and probably earn the job, whether that’s Trubisky, Rudolph or Pickett.

Rudolph might have a little bit of a leg up on Trubisky and Pickett when it comes to knowing the offense and the team, and he’s earned praise for his play this week. Trubisky was the guy most talked about as the potential starter after they signed him and before camp began, and I would still bet on him being the guy come Week 1. The next few weeks will be telling, and with the first preseason game coming up on August 13, there’s still plenty of time for things to change on the depth chart.