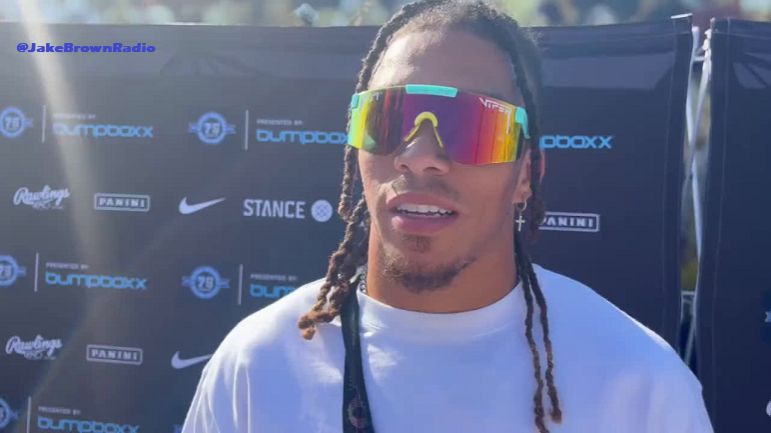 You can hardly be a Pittsburgh Steelers fan and not know that ‘the standard is the standard’. It’s a motto that’s literally right on the stadium walls, something that the players walk past and see every day. Surely they hear head coach Mike Tomlin say it just as frequently.

Almost everybody is counting the Steelers out as far as competing for the Super Bowl goes this year; indeed, many seem to believe that they won’t even be particularly competitive, finishing third or fourth in their own division and missing the postseason. That’s not the view of those in the locker room, however.

Third-year wide receiver Chase Claypool “Absolutely” likes what he sees from his club as they head into training camp a short time from now, he recently said following the Jackie Robinson Celebrity Softball Game. “We’ve always been competitive toward the playoffs, and I think we can contend for a lot more than that. We’ve just got to put the little pieces together”.

Considering the Steelers haven’t won a playoff game since 2016, a few years before Claypool was even in the league, that sounds like a bold proclamation to most, perhaps especially to the fans, many of whom haven’t lived to see a drought this long, or at least can hardly remember one longer.

They have at least made it to the postseason in each of the past two years, even if they lost in spectacular fashion both times. What gives them the confidence that this is the year that could finally be different?

Well, there are a lot of things that are different this year, the most obvious being the absence of Ben Roethlisberger. Some might argue that that is addition by subtraction, but that hinges upon what they can get from Mitch Trubisky and Kenny Pickett this year.

The upgrades along the offensive line in the signings of James Daniels and Mason Cole will help with that, as will the further maturation of guys like Najee Harris and Pat Freiermuth, and with the addition of rookie second-round pick George Pickens to the offense.

A healthier and more stable defense would be a great help, as well, especially if they can get more consistent play out of the front seven. This will be the first season without Joe Haden, and they are banking a lot on the trio of Cameron Sutton, Ahkello Witherspoon, and Levi Wallace.

A lot of things have to go right for the Steelers to even be taken seriously as a contender this year. But the first thing they need for that to be an option is their ability to believe in it as a possibility. There is talent on this roster. They need to get the most out of that talent. Here’s hoping they can do that.